US car manufacturer Chevrolet reveals two more partial images ahead of a May 16 full reveal of its sixth generation Camaro.
By : AFP
| Updated on: 12 May 2015, 02:17 PM 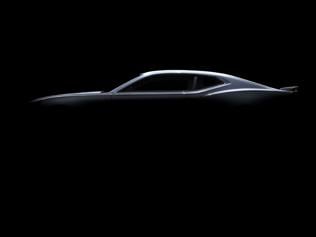 US car manufacturer Chevrolet reveals two more partial images ahead of a May 16 full reveal of its sixth generation Camaro.

Its side-on profile, accompanying text intended to emphasize the new Camaro's aerodynamic qualities, was exposed alongside a shot of the vehicle's badge and grille.

A claimed 350 hours of wind tunnel testing and a redesigned belly pan were cited in support of the car's 30% reduction in aerodynamic lift, while lower grille bars angled at 13° instead of an initially proposed 20° were said to lead to a 1% improvement in engine-cooling airflow.

The May 16 unveiling is to take place on Belle Isle Park in Chevrolet's home city of Detroit, Michigan.