UK-based Urban-Air Port Ltd has provided a generous glimpse into what the future with flying cars may look like. And it may not be one where you can land just about anywhere.
By : HT Auto Desk
| Updated on: 25 May 2022, 11:56 AM 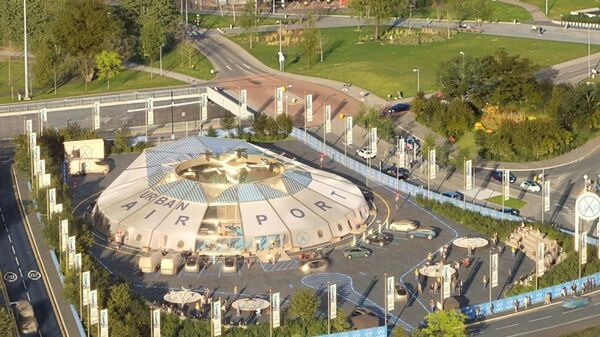 This image of Air One was shared on Twitter by @UrbanAirPort

Flying cars have long been a dream for mankind and have the potential to open up a world of possibilities for urban mobility landscapes. But unlike conventional cars, flying vehicles may still not be welcomed for a touchdown just about anywhere. As the world moves towards turning such vehicles from dreams into reality, the first-ever airport for these marvels has already opened in the UK.

According to reports, UK-based Urban-Air Port Ltd (UAP) has put the finishing touches to an airport for flying cars. Called Air One, the facility is believed to have been completed in just 15 months. Located in Coventry, around 155 kms from London, the facility has been developed in partnership between UAP and Coventry City Council. While Air One isn't expected to throw the red carpet open any time soon considering flying cars aren't ready yet for mass-scale usage, it does promise a whole lot of potential.

The Air One is an entirely autonomous facility with a focus on zero-emission public and urban transport system - both on the ground and in the sky. Electric drones and air taxis are meant to take to the skies here while electric vehicles do the rounds on the ground.

Of course, all of this is to give a generous glimpse into the future and UAP plans to establish more just facilities in the UK for demonstration purposes. And with massive steps taken towards the development of viable products that resemble cars but can take to the air, such facilities could well be a common sight in the times to come.

(With inputs from World Economic Forum)