Car that responds to health scare? Check out this upcoming feature

The upcoming cars from Mazda will come to a halt in a safe spot as soon as possible after detecting a health scare concerning the driver.All of this will be made possible with data gathered from cameras inside the car.
By : HT Auto Desk
| Updated on: 04 Nov 2021, 11:09 AM 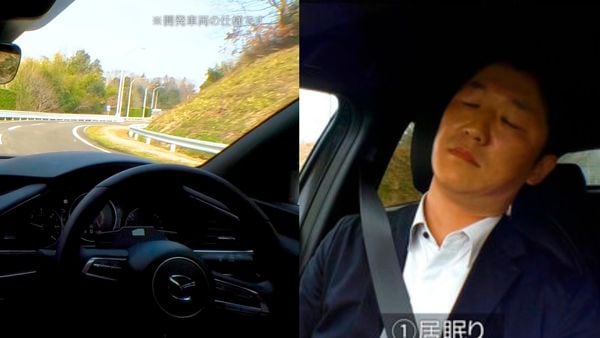 This combination of images provided by Mazda Motor Corp., shows a mock driver dozing off (right) and becoming incapacitated in the automaker’s Co-Pilot Concept car in Miyoshi, Hiroshima.

Cars are no longer just machines that transport us from one place to another. With advancement in technology, cars have become more autonomous, intelligent and responsive. We already know how cars now have the ability to park themselves, to warn drowsy drivers, steer back into the right lanes and work out map routes to destinations.

However, Japanese automaker Mazda is now working on cars for its home country that can also respond to health scare. The cars that the automaker has in work will know when drivers suffer a stroke or heart attack. By 2025, they will also be able to detect when drivers are about to have a sudden health problem and warn them. After detecting such an issue, the car will come to a halt in a safe spot as soon as possible so as to avoid any accident.

The car will also use warning signals such as honking, using blinker and hazard flashing lights. It will also make an emergency call to the ambulance or police as per the situation. 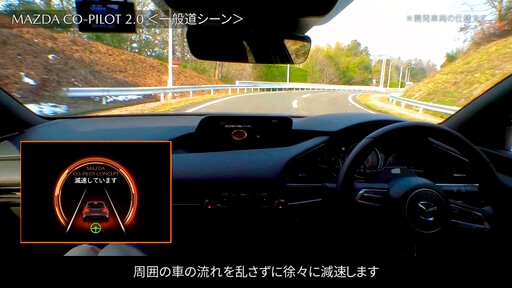 All of this will be made possible with data gathered from cameras inside the car, without the requirement of laser sensors or other more obtrusive technology. Mazda aims to offer this feature in not just its luxury vehicles but also its affordable models. Mazda told reporters that this technology holds promise for one of the most advanced and aging societies in the world.

The automaker has been working with medical experts including Tsukuba University Hospital, and researching the collected image data to figure out what a healthy driver looks like as compared to an unhealthy one or a driver slumped forward over the steering wheel. The car will look for signs such as how the driver is focusing on their vision, the swaying of their heads, slight aberrations in driving habits and other subtle changes.

Mazda plans to offer this technology - unofficially known as Co-Pilot concept - in Europe after Japan. It wants to wait and observe the situation before entering in the US, where some rivals are already offering similar systems.

With this technology, Mazda hopes The people will be able to keep driving through their lifetime, without their families having to worry about them.