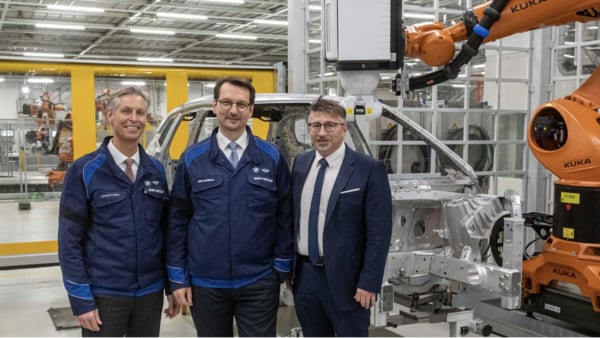 The BMW Group is investing around 400 million euros in the Dingolfing vehicle plant for the production of the BMW iNeXT.

With the start of the BMW iNeXT in 2021, the Dingolfing plant will be able to produce all-electric vehicles, plug-in hybrids and models with internal combustion engines on a single conveyor belt in the required mix.

"With the flexible production structures, we are optimally equipped for a wide variety of market requirements in our plants," says Milan Nedeljkovic, CEO of BMW AG for Production.

"We are confident that there will not be one solution to all of our customers' mobility needs in the years to come. Rather, we expect a mix of different forms of propulsion. "Even today, the share of plug-in hybrids, ie electrified vehicles, in the Dingolfing production is almost 10 percent. From 2021, the first purely battery-electric vehicle will be added to the BMW iNEXT.

With the current investments and construction measures, the Dingolfing plant is not just gearing up for the transition to e-mobility. It is also preparing for the series production of highly automated moving vehicles.

The construction of the three-storey assembly plant began in the summer of 2018.