BMW prepares to wade through troubled waters battered by inflation 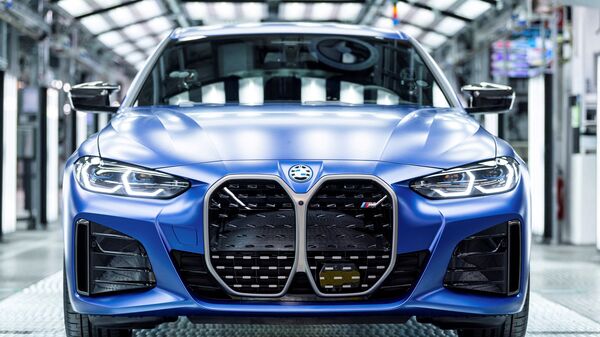 File photo: A BMW i4 electric vehicle is seen at the BMW plant in Munich, Germany.

BMW AG has predicted possibly tough times ahead in many of its key markets across the world and blamed inflation and higher interest rates as key factors spoiling customer sentiments. The German luxury car maker sees demand to taper by the end of this calendar year, especially in the European markets.

Car makers have been on a high in recent times with strong order books even though production cycles have suffered owing to the prevailing chip shortage. But while the chip shortage situation has been steadily easing, economic headwinds on the broader spectrum are looming. BMW in particular has been buoyed by a strong product lineup and reported stronger-than-expected second quarter earnings even if profits were down - from 4.8 billion euros in April-June period of 2021 to 3 billion euros in the same period of this year. And while demand remains robust for now, there is fair warning of economic challenges making the way forward tougher. “We see an increasing economic headwind coming up in addition to the ongoing supply shortages," BMW Chief Executive Officer Oliver Zipse said in a statement.

The supply-shortage issue in particular persists and even if the chip shortage situation is improving, BMW believes it won't be enough to help the volumes rise and make up for lost ground. BMW shipped around 563,000 units in the second quarter of 2022, a drop of 19.8 per cent.

BMW rival Mercedes-Benz AG too recently highlighted that while demand remains solid, meeting orders would be a tough ask. Ferrari has already confirmed prices of its supercar models would be hiked in the first quarter of next year. (Read full report here)

Concerns over recession are clear and omnipresent. The demand that's a cause for cheer at the present may take a tumble with the exception of China where inflation has been under three per cent and likely to remain there.