BMW had previously said that the Vision M NEXT provides a glimpse into the future of sporty driving.
By : HT Auto Desk
| Updated on: 02 May 2020, 02:34 PM 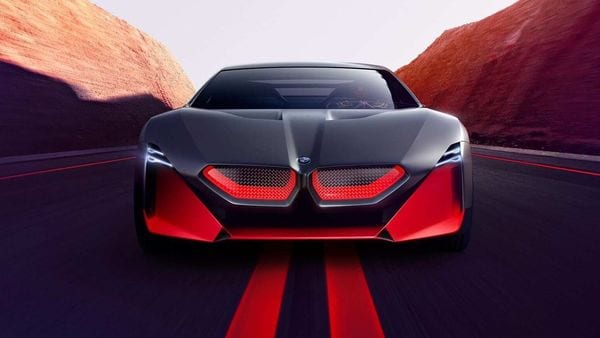 Vision M NEXT is one of the most ambitious projects of BMW. High development cost, however, is a concern.

Vision M NEXT, BMW's next bold move to develop a hybrid supercar which would have been a successor to the i8 has reportedly been cancelled owing to a plethora of factors.

That the development of BMW Vision M NEXT has been cancelled was reported by a number of US and European media outlets which based their reports on sources in Germany. Speculations suggest that the cost involved in developing the supercar was just too high in current times when the global automotive industry has been jolted by the Covid-19 pandemic. Then there could possibly be the question about volumes to manufacture as the high cost of development may not have been covered by sales revenue of the vehicle.

Although BMW has not officially made any statement about the fate of Vision M NEXT, many manufacturers are indeed looking at a changed product strategy in what is a 'new normal' across the globe. Daimler Mercedes-Benz, for instance, recently announced that it has ended work on cars running on hydrogen fuel cells despite working on it for 30 years. That these vehicles are not commercially viable as yet was one of the biggest reasons to shelve plans. And while some have begun questioning the fate of electric cars, others say that EVs are here to stay because the technology used is commonly available and commercially viable.

Vision M NEXT, however, was an extremely ambitious project for BMW to begin with. It has been a show of intent from the German auto giant and wowed many with its sleek yet stylish exteriors and driver-oriented minimalistically advanced interiors. It also promises to make use of advanced self-driving features while offering the performance of a sports car. "The BMW Vision M NEXT provides a glimpse into the future of sporty driving," Adrian van Hooydonk, Senior Vice President BMW Group Design, had previously said. "It demonstrates how state-of-the-art technology can also make the experience of driving yourself purer and more emotionally engaging."

(Note: This copy will be updated if and when BMW makes an official statement on Vision M NEXT)