Factorial Energy claims to have built a semi solid-state battery, entering a field that’s quickly getting crowded.
By : Bloomberg
| Updated on: 20 Apr 2021, 04:14 PM 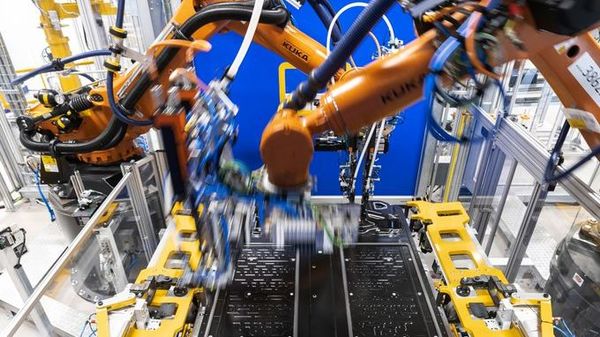 As automakers ramp up plans to electrify their fleets, battery startups are getting an investment boost. Massachusetts-based Factorial Energy has come out of stealth mode with a next-generation battery candidate to try and tap the growing interest.

Factorial says it has built a solid-state battery, a new way of making batteries that experts think could take over from the current generation of lithium-ion cells. First commercialized in 1991, lithium-ion batteries have only improved incrementally over the past three decades. Solid-state chemistry could help give a big boost to battery performance.

There are five metrics on which a battery is judged: how much energy it packs, how fast it charges, how many charge-discharge cycles it lasts, how safe it is, and how much it costs. These factors are typically in tight balance. Making a battery more energy dense can also make it more prone to fires; increasing the speed at which batteries are charged can also mean fewer life cycles.

Achieving a genuine leap in performance on multiple fronts is extremely difficult and investors are ready to reward promising approaches. Solid-state battery startup QuantumScape Corp., which listed last year, briefly surpassed the valuation of Ford Motor Co. Even today it is valued at almost $12 billion, without prospect of any real revenue at least until the middle of the decade.

“There is going to become a wariness about all these battery companies coming out saying they have something special," said Joseph Taylor, executive chairman of Factorial and former chief executive officer of Panasonic Corp.’s North America operations. “And money doesn’t stay available forever."

Factorial shared internal testing numbers with Bloomberg Green which experts said show its battery likely matches or even outperforms rivals in two out of the five metrics. It may be safer and perhaps even cheaper to make when compared with solid-state competitors like QuantumScape and Solid Power Inc. But on the other measures—energy density, charging capabilities or life cycles—it does not always beat rivals, according to Shashank Sripad, a battery researcher at Carnegie Mellon University.

To understand Factorial’s innovation, we have to look inside the black box. Every battery has four main components: two electrodes (anode and cathode), a separator (to keep the electrodes from touching and causing a fire), and a liquid electrolyte that helps charged lithium atoms between the electrodes. Liquid electrolytes are highly flammable, which is one reason why battery fires are particularly dangerous.

Solid-state batteries do away with the liquid. That allows battery chemistry to replace the anode, which is typically made from graphite, with metallic lithium instead. That switch can boost the battery’s energy capacity by as much as 50% and make it easier to charge the battery faster at lower risk. Factorial says the use of a proprietary polymer separator has helped it get rid of liquid electrolyte in at least one half of the battery, with the eventual goal of developing a fully solid-state battery.

Chief Executive Officer Siyu Huang says Factorial’s current batteries reach energy density of 350 watt-hours per kilogram and 770 watt-hours per liter. The company’s aim is to reach 400 Wh/kg and 1,000 Wh/l. That’s not a lot more what Tesla Inc. can achieve with the state-of-the-art lithium-ion technology today, reaching 300 Wh/kg and 1,000 Wh/l, according to James Frith, head of energy storage at BloombergNEF.

Similarly, Factorial’s battery can do up to 460 charge-discharge cycles before its capacity falls below 80%. That’s more than what Solid Power promises with 250 cycles, but less than QuantumScape at 800 cycles. Factorial’s battery cells tested over a long period could reach full charge in one hour. But many commercial electric-car batteries can already charge much more quickly—up to 80% in less than half an hour.

Beyond the technology, the things that enable battery startups to go from lab to factory are capital and customers. Factorial says it has a “capital commitment" of $40 million, mainly from Gatemore Capital Management LLP and Wave Equity Partners LLC. QuantumScape, by contrast, is sitting on nearly $1.5 billion in cash. Solid Energy Systems Inc. raised $139 million on Monday.

Alex Yu, Factorial’s president, says the company has started internally testing batteries with 40 amp-hours of capacity, about 10 times the size of a smartphone battery. That’s double the 20 Ah battery that Solid Power has built and many times the size of the largest battery QuantumScape has disclosed.

Factorial needs hundreds of millions of dollars to scale up its battery line from one that can make prototypes to one that can deliver test cells to automakers. So far car manufacturers have only tested smaller smartphone-sized batteries from Factorial. The startup declined to name the companies that have used its product.

Because it’s so far worked in secret, Factorial does not yet have an automotive partner. That space is filling up quickly for solid-state battery partnerships: Toyota Corp. is working with Panasonic, Volkswagen AG with QuantumScape, General Motors Co. with Solid Energy Systems, Ford Motor Co. with Solid Power and Mercedes Benz AG with Hydro Quebec.

For automakers “that have their decisions windows open over the next couple of years, I think Factorial will be well-positioned to be considered," said Mark Fields, former CEO of Ford and an investor in Factorial.