Home Auto News Back To Business: Car Factories In China Return To Life, One Vehicle At A Time

Back to business: Car factories in China return to life, one vehicle at a time

Although car makers have been forced to suspend production in many parts of India, United States and in several European countries, plants in China - epicenter of coronavirus - are limping back to life.
By : Shubhodeep Chakravarty
| Updated on: 26 Mar 2020, 10:41 AM 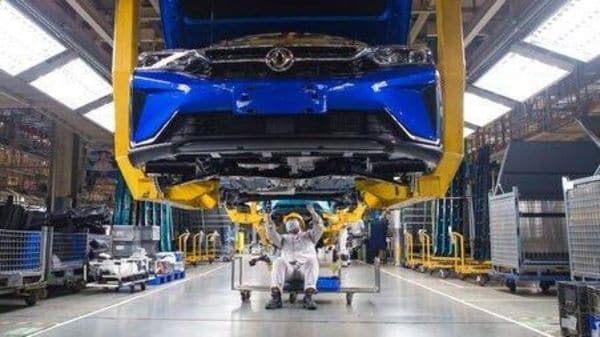 In this photo released by Xinhua News Agency, workers labor at an assembly line for Dongfeng Passenger Vehicle Company in Wuhan, in central China's Hubei Province.

For weeks since the coronavirus outbreak in China's Wuhan, shuttered gates and silent buildings are all that could be seen across the Hubei province, home to several major car and car component factories. The firm restrictions put into place to contain the virus had far reaching impact - both social as well as economic, but life is slowly - and surely - returning to normal here. Workers have begun returning and several car makers have reported resuming operations.

Even though car sales have hit an all-time low in the world's second-largest economy, China is steadily returning to normal with several media reports highlighting how auto makers are prepping for normal operations. This comes as a stark contrast to what is now happening in many parts of the world where the coronavirus has spread to.

Even as countries in Europe, United States and even in India have seen factories suspend work, the worst appears over for China and its automotive industry in particular.

Bloomberg reported that a number of companies - local as well as global - have started resuming operations. BMW, for instance, has resumed work at its Shenyang plants. Ford has said its plants in China are ramping up production. Honda has stated that its two Chinese ventures are returning to normal operations. Nissan has said that all its factories in the country are now operational. Tesla too has resumed operations at the Shanghai plant, its only plant outside of the US. In fact, the company is now reportedly making more cars than it had been manufacturing before the shutdown.

Even as work resumes, the road ahead may not be easy. Experts believe sluggish demand in China will continue to hover as dark clouds while a dismal global outlook means that exports from the country too could continue to be rather dismal.

And while the worst may well be over in China, the spread of coronavirus pandemic to almost every other major country in the world could make 2020 an extremely tough year for humanity at large and the global automotive industry in particular.