It is estimated that around 4 trillion rupees worth of orders will now be placed with the domestic industry over the course of the next few years.
By : HT Auto Desk
| Updated on: 25 Aug 2020, 08:16 AM 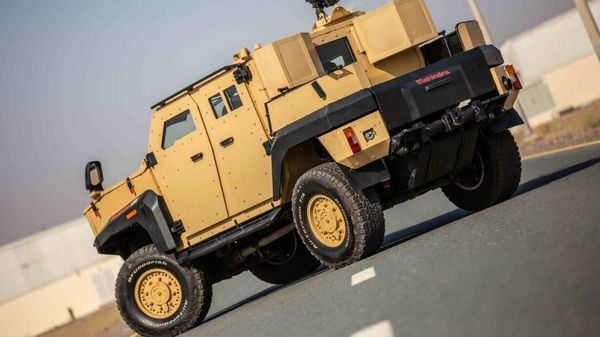 In the wake of slow business in current times, several auto and auto companies are reportedly looking at exploring prospects in India's defense sector in a bid to reverse falling fortunes. And with the Indian government looking at providing impetus to local manufacturing for the country's defense acquisitions, it may well turn out to be the perfect time for such companies to strike big.

According to a report in Hindustan Times, companies including Force Motors, Bharat Forge, Automotive Axles and Ashok Leyland are looking at a larger foray into India's defense sector. "There will be a number of indigenized developments, which will bolster the defence logistics industry," Vipin Sondhi, managing director and CEO, Ashok Leyland, was quoted as saying in the report. "Now, with clarity on the restricted items, the industry will work on strengthening its product offerings."

Defense Minister Rajnath Singh, earlier this month - on August 9, had announced that there will be an imports embargo on as many as 101 items. Of these, 69 items have an embargo till December of 2020 while the remaining have an embargo till December of 2025. This means that local players now have a massive opportunity to step in and rise to the occasion. "This will also offer an opportunity to suppliers to participate with the automakers in the development and growth," Sondhi added.

While several Indian companies have had a presence in the country's defense sector, that share is likely to increase manifold now. As part of the government's 'Atmanirbhar Bharat' plans, manufacturing locally for India's defense needs forms a core part of its vision.

India is one of the largest importers of defense equipment in the world. While Russia has been the biggest supplier, recent times have seen US and Israel also stepping up exports to India. According to Reuters, Indian defence services had contracted around 3.5 trillion rupees worth of items between April of 2015 and August of 2020 that are now on hold. It is estimated that around 4 trillion rupees worth of orders will now be placed with the domestic industry over the course of the next few years which also means that the Indian auto and auto component sector stand to gain big time.