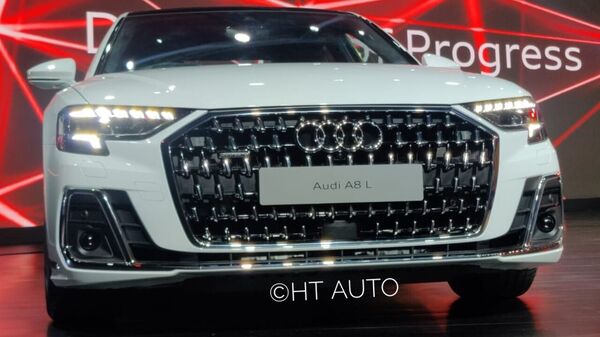 File photo of Audi A8 L

German automaker Audi sells high-end luxury vehicles in India and believes that the market has huge potential but it remains suppressed due to high taxation. The company's senior executive officer also told PTI that the unfavourable regulatory environment in the country also affects the luxury car market here. The volumes in this segment account for less than 2 per cent of the overall passenger vehicle sales annually and the sector has been more or less at the same level for the past decade.

Audi Director Region Overseas Alexander von Waldenburg-Dresel told PTI that the country's luxury car segment remained ‘under-represented’ despite many millionaires residing in the country. However, he said that the company still believes in the potential of India. “Audi believes in India... It has, however, not fulfilled all the expectations we had from it," he said.

Waldenburg-Dresel, who is based out of the company's headquarters in Germany, said that the country is even lagging behind various Asian countries in terms of growth in luxury car sales. "I have been dealing with the Indian market for five years now. I have seen many forecasts and then what came out in reality," he said.

At present, luxury vehicles attract the top GST slab of 28 per cent with an additional cess of 20 per cent on sedans and 22 per cent on SUVs. This takes the total tax incidence to up to 50 per cent.

Further, different states have different kinds of registration costs so those kinds of complexities exist which keep on changing from time to time. He noted that high vehicle costs demotivate customers from upgrading to the luxury segment. The segment had crossed 40,000-unit sales mark a couple of years back and remains at the same level currently.