Extreme E will organise the first motorsport event in Kangerlussuaq, Greenland against the backdrop of the mighty Russel Glacier.
By : HT Auto Desk
| Updated on: 24 Aug 2021, 05:31 PM 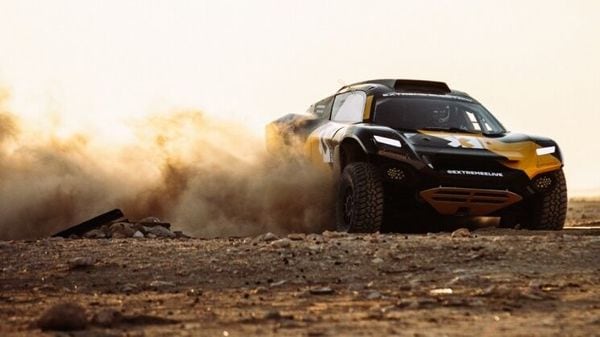 The race will take place on August 28 and August 29.

Extreme E, a professional sports league that introduced a new concept of electric racing in the most remote corners of the planet, is all set to conduct its first motorsport event in Kangerlussuaq, Greenland. The Arctic X Prix is the first and one-of-kind major motorsport event that will take place amidst the scenic ice-covered terrains to highlight the issue of climate change.

The race will be organised near the Russel Glacier. The area has been chosen due to the glacier’s retreat and the organisers, through the race, in this area want to bring into focus the land which was recently covered by ice. The track will be 8 km long and the surface of it has been made of rocks and glacial sediments. The league expects that this will provide the competitors with a unique setting for the race. However, the entire track is yet to be revealed. The report added that the full layout will be made public late this week.

The chief executive officer of Extreme E Alejandro Agag was quoted in media reports as saying that the event also seeks to put in focus climate-induced issues faced by Greenland. “The reason for racing in Greenland is much bigger than putting on a fantastic show, it is about highlighting the issues faced by the island including ice melt leading to global sea-level rise," he said.

To organise and conduct the race in such a terrain, Extreme E has taken the help of its scientific committee throughout the process. This was done to minimise any negative impact of motorsport in the already worsening environment of Greenland. The committee included professors Peter Wadhams, Carlos Duarte, and Richard Washington, said the report. They will be present during the event and will also conduct workshops and will continue their arctic research. The series is also working along with UNICEF to empower youth in a bid to tackle the impending climate change.

The race will take place on August 28 and 29 and if one is interested, they can watch it on Extreme E’s website.