Emira will be the last car from Lotus to have an internal combustion engine.Lotus Emira will be unveiled next month.
By : HT Auto Desk
| Updated on: 06 Jun 2021, 06:15 PM 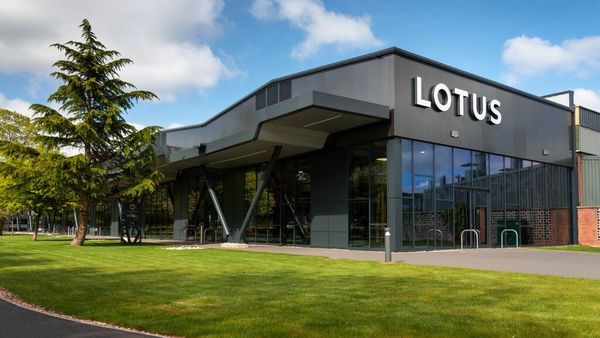 British automotive company Lotus is ready to take forward the pre-production process of its all-new sports car Emira and its all-electric hypercar Evija after the company received an investment of more than £100 million. The latest from the company, Emira that will be unveiled on July 6 will be replacing Elise, Exige, and Evora. As Lotus Emira enters pre-production, the automaker sees this as a milestone in Lotus’ Vision80 journey.

(Also read | Radford’s Lotus-inspired Project 62 open for bookings, only 62 units to be made)

The company has remained tight-lipped about the specs of Emira but it will be the last from the brand to have an internal Combustion engine. As for the Evija all-electric hypercar, it has completed prototype production and the first customer cars will be built later this year.

Following the massive investment, Lotus will build two new production halls in the company's facility in Hethel, Norfolk which will create more than 200 new operations roles. Recruitment for which is underway, said the company. The all-new factory for Emira production will have a new paint shop, framing line, Automated Guided Vehicles (AGVs) and a new main assembly hall. The paint shop will facilitate robotised paint application, a first for the company in more than seven decades of car manufacturing. The facility will be powered by renewable electricity after Lotus entered a partnership with energy service provider, Centrica.

David Hewitt, Executive Director - operations, said that using robotic technology will only take the quality of the cars a notch higher. “The move to a part-robotised production is the right one for Lotus as we launch the Emira. Everything is about repeatability and efficiency to drive quality. Our workforce is incredibly skilled, and robots help them to deliver the consistency we need at the volume we need it," he said.