A sporting chance for Ford

Utility, looks, performance… The new EcoSport from Ford has plenty of new things, both in body and heart. Will it make Renault bite the Dust(er)? Sumant Banerji finds out.
By : Hindustan Times
| Updated on: 17 May 2013, 14:24 PM

Last year, the Renault Duster opened up the compact sub-₹ 10 lakh SUV segment in India, and the car went on to become a runaway hit. This year, the Ford EcoSport will attempt an encore - and it could not have timed things better. The utility vehicle segment is, for the first time in 2 years, losing traction, and a new vehicle like EcoSport is exactly what can arrest the slide.


Interiors
The dashboard and the instrument panel are a straight lift from the new Fiesta. In any other case it would be a dampener, but here it is not, since the Duster's interiors are dated and uninspiring. It is a neatly laid out design that extrudes towards the driver to give him easy access to all the buttons and knobs. The high point has to be the seats, both front and rear: hard but not uncomfortable, and literally wrap around you to hold you in place so that the body roll is nearly negated.

Unlike the Duster this is a sub-4 metre vehicle, so the rear is less spacious - still adequate, though. What is not, is the fit and finish of the panels and the relatively small boot. Ford does offer 60:40 split seats, though, which addresses the latter.

The EcoSport will come with a host of engine options, from a 1-litre Ecoboost petrol engine and a familiar 1.5-litre naturally aspirated petrol motor, as well as a 1.5-litre diesel engine from the Fiesta. We got access to the 1-litre Ecoboost. Technically, it combines direct injection and a turbocharger in a petrol motor to give higher performance without compromising on fuel economy. To an extent we found it to be true on both these counts. The engine develops 125 PS peak power and 170 Nm torque, roughly the same as a full blown sedan such as the Honda City. 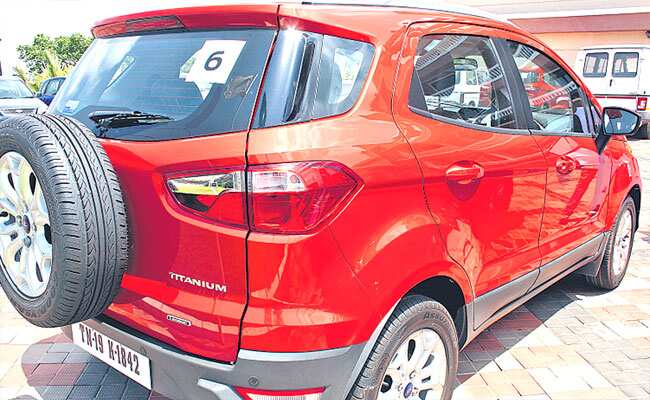 Ford has done a good job of insulating the cabin and the refinement levels of the vehicle are very high. Neither does the car whine nor does it groan even when pushed. For a petrol engine it is also very peppy, and though we did miss the low-end torque of a diesel motor, in no way was it underpowered.

The other high point is the handling aspects of the vehicle. While the Endeavour before us was struggling to hold its lines, the EcoSport was cruising along from side to side.

Verdict
Among all the variants of the EcoSport, the diesel models are bound to sell the maximum. We got a bare sniff of this, so this verdict has to be truncated, with further updates once we drive that car. For now, what we can say is that this is a stylish urban car that will be an instant hit as far as drool factor is concerned. 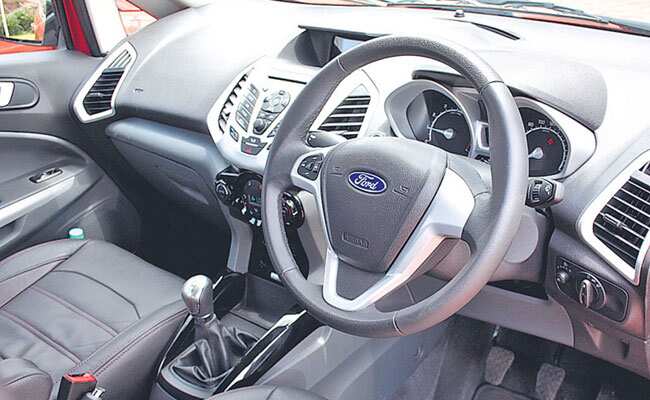 Compared to the Duster, its interiors are a generation ahead. People with a sense of aesthetics will automatically dump the one for the other. The 1-litre petrol engine also meets expectations: it's peppy and refined, and despite running on petrol, acquits itself well in an SUV. What could spoil things could be the price. This engine would not be at entry-level, but at the premium end, competing head-to-head with diesel variants. Technologically, the Ecoboost is a little ahead of its time.