The company plans to exclusively retail only Triumph bikes through its pre-owned business, and all the units will be sold via the company's official dealerships.
By : HT Auto Desk
| Updated on: 11 Nov 2020, 14:03 PM 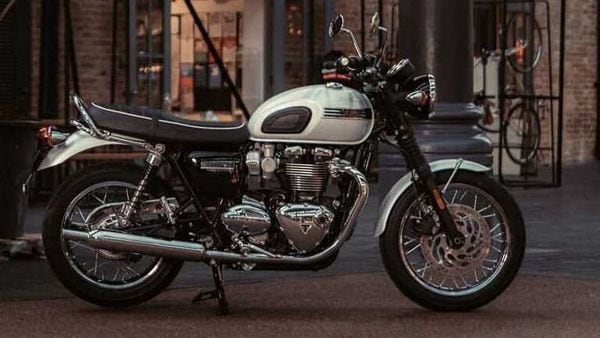 Triumph Motorcycles India has announced via its social media handles that it is going to officially introduce its pre-owned motorcycle business 'Triumph Approved' program in the country on Thursday (November 12). The company previously confirmed to HT Auto that the used bike program was originally slated for October'20 launch, but the plans were pushed back a little.

(Also Read: Triumph Motorcycles eyes up to 20% growth in sales this fiscal in India)

As per a previous interaction with HT Auto, Triumph Motorcycles said it plans to exclusively retail only the Triumph bikes through its pre-owned business, and all the units will be sold via the company's official dealerships. All its used bikes available for purchase will be properly checked, serviced and refurbished by the company itself.

"We would be buying, refurbishing and selling approved used Triumph motorcycles through our dealerships. This would give a good entry price point to our customers, where we will put warranty on those motorcycles and perform required technical checks so that customers can have the required peace of mind when buying a used Triumph bike," Shoeb Farooq, Business Head for Triumph Motorcycles India, told HT Auto.

The British bike maker launched its new Rocket 3 GT power cruiser in India a few weeks back starting at ₹18.40 lakh (ex-showroom). Moreover, the company has also revealed its Trident 660 which is expected to arrive in India in the early 2021. The Trident 660 is a completely new product from the ground up. It is set to rival the likes of bikes such as Kawasaki Z650 and the Honda CB650R