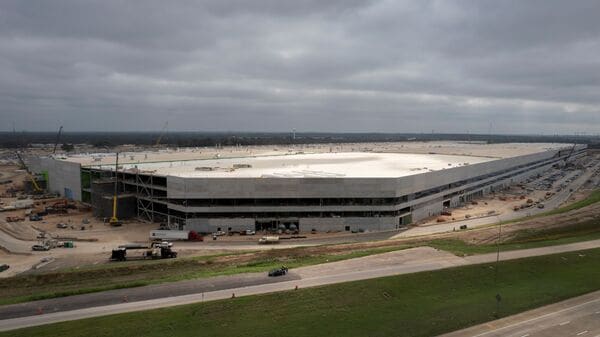 Electric car major Tesla is likely to open its third Gigafactory outside the US, the Giga Berlin later this month, reports a German publication Der Tagesspiegel. The report claims that the Giga berlin is awaiting final approval from the local authority and is slated to open on 22nd March. The report also claims that all the obstacles facing the opening of Tesla's electric vehicle plant were cleared.

Tesla CEO Elon Musk along with around 500 guests are expected to be present at the event. The event would also see the first 30 made-in-Germany Tesla Model Y crossovers being delivered to the consumers. Tesla built the Giga Berlin plant at its own risk using more than 20 temporary approvals.

The manufacturing facility has already built several pre-production vehicles but it is not yet allowed to sell them to the customers. Several drone flyovers of the factory have shown hundreds of electric vehicles parked on the premises. Some people expect that Tesla has built more than 1,000 pre-production Model Y cars at the facility out of its quota of 2,000 units, which Tesla was allowed to produce.

Tesla Giga Berlin is expected to boost the automaker's business and market share in the European market significantly in the coming days. Europe is considered one of the largest markets for electric vehicles, thanks to several countries offering a wide range of demand generating subsidies for EV buyers. The facility will not only make electric cars for the European market at its Giga Berlin plant but also export the EVs to other overseas markets.

In its first Gigafactory outside the US, the Giga Shanghai, Tesla currently manufactures Model 3 and Model Y cars, which are two of its bestselling products. The Giga Shanghai not only helped Tesla to boost its sales in China but in some other regions as well, where it exports made-in-China electric cars.ht