Tata Motors will be rolling out a new electric vehicle concept in India on Friday. Can it be the much-awaited longer-ranged Nexon EV or the new Altroz EV?
By : HT Auto Desk
| Written By : Prashant Singh
| Updated on: 28 Apr 2022, 09:18 PM 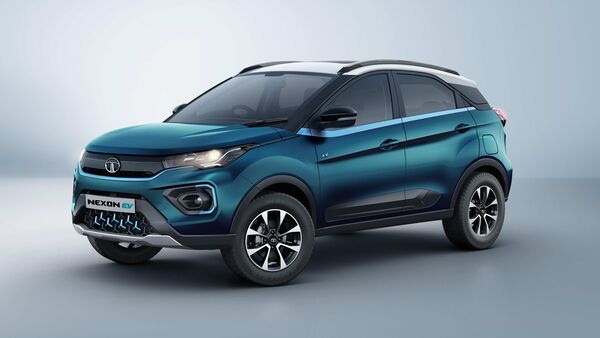 Only recently, Tata Motors rolled out the new CURVV electric SUV concept that stirred up the EV debate. And now, the Safari-maker is again gearing up to introduce a new battery-powered vehicle to make headlines with what is assumed to be a Nexon EV long-range SUV or an Altroz electric. But what if it's none of these but a whole new EV altogether?

While there is no official confirmation as of yet, the company was recently spotted testing a new variant of the Altroz EV on the public roads. While this doesn't confirm the new EV to be the very same model, it does hint that the company has a new avatar of the Nexon EV in the pipeline. And unsurprisingly, a prototype of the Altroz EV was also caught under the spy lenses not long back, but chances of it being unveiled anytime soon are close to none, as the prototype was rumoured to be in an early stage.

Interesting to note is Tata Motors' aggressive stance on ‘greener cars’, especially when the company already rules the segment with its existing Nexon EV - the car has been leading the sales chart ever since its first introduction. Needless to add, the Safari-maker does see positive prospects in the country's electric vehicle segment after tasting notable success with its initial lot of EVs. And now it wants to replicate this success with more models and that too before other OEMs that are arguably yet to catch up.

As per some reports, the company is planning on introducing a whole new large-sized (7-seat) SUV concept tomorrow. But HT Auto is yet to receive confirmation of the same officially.