The new Tata Avinya EV follows the company's third-generation design philosophy which is visible in its exterior design that grabs instant attention.
By : HT Auto Desk
| Updated on: 29 Apr 2022, 03:21 PM 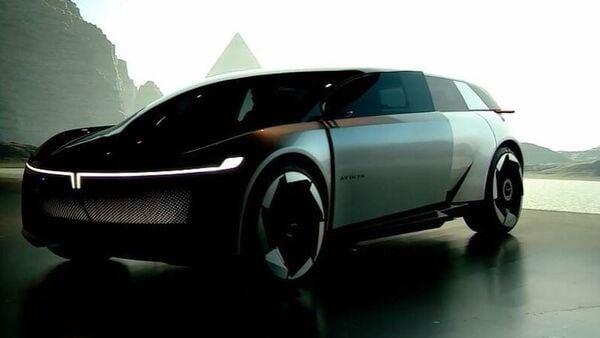 After the CURVV electric concept, Tata Motors has now rolled out the new Avinya EV concept which comes based on the company's latest Pure EV third-generation architecture. The company claims that its latest EV has been designed with a focus on the Indian market. Here are some of the key highlights of the new electric concept that is expected to see the light of the day a few years down the line.

The new Tata Avinya EV follows the company's third-generation design philosophy which is visible in the car's exterior design that grabs instant attention. It gets sleek LED DRL elements towards both ends. These lighting elements highlight the car's width and also protrude sharply from the overall profile, especially towards the rear end.

Over the side, the car gets large-sized wheels that contribute to a bolder overall appearance. Also, the use of butterfly doors give it a very premium appeal.

Inside, the concept EV gets a very modern appearance with a minimalistic appeal. The company has focused on increasing space, comfort, and convenience. The model uses a host of connectivity features, a large touchscreen infotainment system at the centre console, and an all-digital instrument cluster with a uniquely shaped steering. The latter is integrated with a small phone-sized display which is yet another minimalist element inside the car.

The hand rest on the car gets several buttons to control the transmission and turn the motor on/off. Also, the seats on the car can rotate 360 degrees for easy ingress and outguess of passengers. Needless to say, the final production car may come out to be quite different, missing out on some of these key features.

The Tata Avinya EV concept promises more than 500 km range on a single charge cycle. It could come with dual electric motors each powering one axle and sending power to all the four wheels. However, the production version of the SUV could also come with a quad motor setup.

The Safari-maker has revealed that the production version of the Avinya EV is likely to be rolled out in the market by 2025. The car will arrive after the production-spec CURVV EV that will be launched within the next two years.