Porsche 911 EV could get a solid-state battery, likely to launch by 2030: Report

Porsche could introduce the 911 hybrid with a solid-state battery before introducing a fully electric model.
By : HT Auto Desk
| Updated on: 30 Mar 2022, 01:40 PM 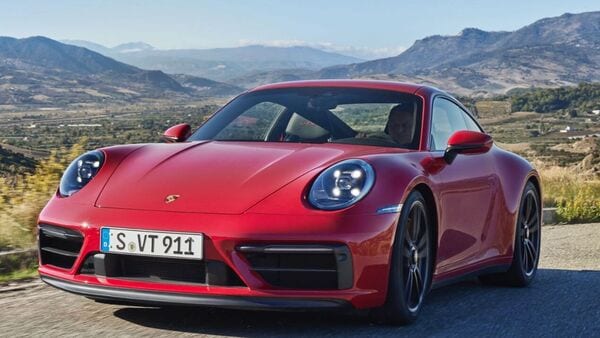 Porsche 911 is expected to get an ICE model before being introduced to the electric powertrain.

Porsche is working on an all-electric 911, as part of its commitment to electrify the auto manufacturer's entire lineup in the next decade. This upcoming Porsche 911 EV could come with a solid-state battery pack, reveals a report by Germany's Manager Magazin. The report claims that the upcoming Porsche 911 EV will come powered by a lithium metal solid-state battery supplied by QuantumScape.

Interestingly, QuantumScape has a large sum of investment made by Volkswagen AG, Porsche's parent company. The US-based battery manufacturer has been working on solid-state batteries for electric vehicles. With Volkswagen aiming to grab a large chunk of the global electric vehicle market and solid-state batteries being considered one of the most energy-efficient and high-energy-density EV batteries, expect Porsche among other Volkswagen Ag owned brands to use this technology in their EVs.

The report also claims that the Porsche 911 EV would debut before the end of this decade. This means, Porsche would bring another new generation of a model of the 911 with an ICE powertrain, before switching to an electric powertrain. Interestingly, Porsche CEO Oliver Blume said that Porsche would rather launch a hybrid 911, instead of a fully electric variant of the car.

This is in line with Toyota, as the Japanese car manufacturer too is working on solid-state batteries and plans to use the technology in the next-generation Prius initially, before introducing it to a pure electric car. The German luxury car brand too could take a similar route as Toyota. Porsche currently sells its Taycan EV, which is the brand's first-ever all-electric car. The 911 EV if launched, would be a key model in the brand's portfolio. However, the automaker itself is tight-lipped about any such development.