Electric vehicles around the world could run on this mineral: Details here

Sodium is available in a more abundant manner in the world and it is also considered a potentially more versatile element than lithium as a battery material for electric vehicles.
By : HT Auto Desk
| Updated on: 24 Jan 2022, 01:02 PM 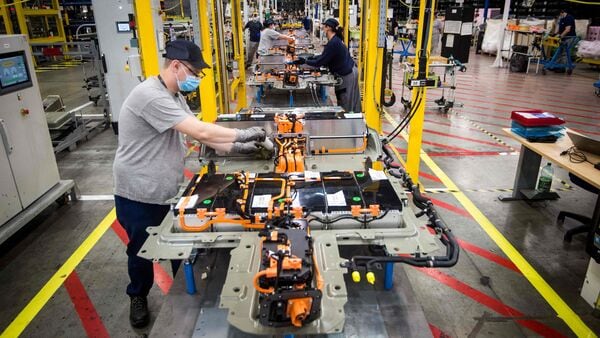 Sodium-ion batteries can be the saviour for the EV industry.

With the surging number of electric vehicles, demands for more efficient EV battery technology is rising fast. While lithium reserve in the world is not abundant, there is a search for new materials that can be used as an EV battery material. One such mineral is sodium, which can be used as a new and efficient battery material for electric vehicles.

Sodium is available in a more abundant manner in the world and it is also considered a potentially more versatile element than lithium. Earth's crust is reportedly containing 300 times more sodium than lithium. On the other hand, the global adoption rate of electric vehicles is currently so high that everything that goes into an EV battery is getting scarce. These minerals include lithium, high-grade nickel, cobalt. While there is not enough lithium storage, cobalt is even rarer.

Sodium-ion batteries are claimed to be already delivering 160-170 kWh output and are expected to reach 200 kWh soon with the constant technology improvement. This means the sodium-ion batteries offer more or less similar density to the lithium-iron-phosphate cells by Tesla Model 3 Standard range that are made in China.

A Bloomberg report claims that in the next 20 years, all two-wheelers and more than 70 per cent of new cars will be EVs, and by 2052 battery demand will explode to $585 billion a year.

Bloomberg-NEF has also forecasted that lithium-ion batteries will see a five-fold jump in demand by 2030. It also claims that for the first time in many years, battery packs may get more expensive in 2022 owing to the shortage of lithium. In such a scenario, sodium-ion batteries can be the saviour for the global auto industry.