Home Auto Electric Vehicles Delhi To See Over 100% Jump In Ev Sales By End Of This Year: Arvind Kejriwal

Delhi to see over 100%  jump in EV sales by end of this year: Arvind Kejriwal 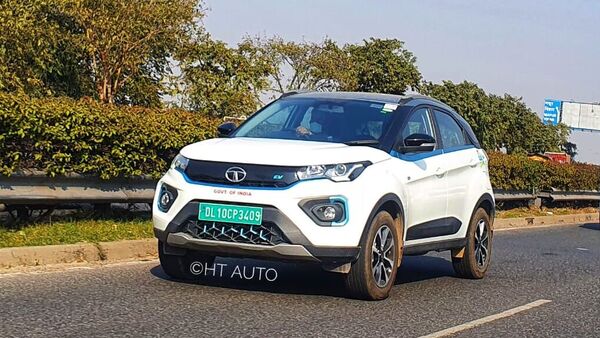 Delhi is expected to see a major jump in electric vehicle sales this year. Delhi Chief Minister Arvind Kejriwal announced that the national capital is expected to see a rise of more than 100 per cent in EV sales this year. Kejriwal said that Delhi is fast emerging as the electric vehicle capital of India with more than nine per cent of overall vehicles bought in the city being electric, the highest in the country. Kejriwal also said that most of the EV sales in Delhi has been electric two-wheelers.

While inaugurating seven EV charging stations at bus depots across Delhi on Wednesday, Kejriwal said, "At that time, we were not expecting such a huge response which we have received. In the past two years, 60,846 electric vehicles have been purchased in Delhi. Last year, 25,809 were purchased and this year, only seven months have passed and yet 29,845 vehicles have been sold already. This means that there has been an increase of 115 per cent and we’re anticipating that this will further increase by the end of the year."

Kejriwal noted that a cultural change in the way people travel will change when majority of the population opt for EVs. "Delhi is becoming the EV capital of the country. The growth in purchase of electric vehicles in Delhi is the highest in the country. We have already surpassed the target for this year as people are buying the vehicles in a huge number. We will receive 75 electric buses next month. Impact of switching to electric vehicles will be huge in the near future."

Kejrwial also said that his government is doing its bit to transform public transport, buying electric buses to reduce carbon footprint. He said, “We have already purchased 150 electric buses and we will procure 2,000 more such buses by the end of 2023. Today, seven charging stations are being inaugurated in DTC bus depots."

Delhi had introduced its own Electric Vehicle Policy in 2020 as one of the first states to do so. Besides a number of EVs on road, Delhi is also enhancing the EV infrastructure with more than 2,000 charging stations across the National Capital Region. The state government plans to install 100 EV charging stations in next three months to reach out to EV customers across Delhi.