Mercedes will launch A-Class Limousine in India on March 25. Expect the car to be priced aggressively to appeal to its target audience.In an interview to HT Auto, Santosh Iyer of Mercedes-Benz India explains why A-Class Limousine holds a lot of promise.
By : Shubhodeep Chakravarty
| Updated on: 27 Feb 2021, 04:22 PM 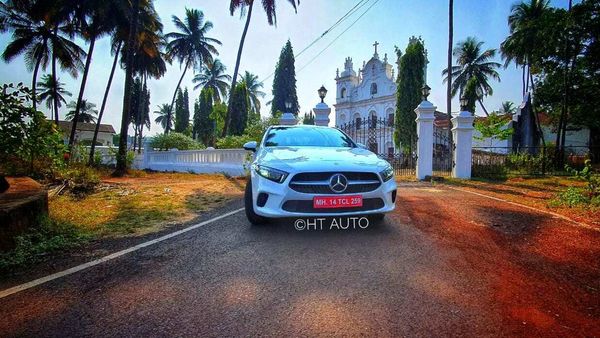 Mercedes-Benz A-Class Limousine is all set for an India launch on March 25 and the luxury car maker is looking at it to further bolster its prospects in the country. Looking at following in the treads of the C, E and S-Class, the A-Class Limousine is making big promises even as it primarily seeks to target young achievers and those looking at entering the Mercedes fold for the first time.

The A-Class Limousine promises to offer a sporty drive coupled with the luxury of space in the backseats for someone looking at being driven around. But while many see it as a successor to the CLA in the country, Mercedes is underlining the A-Class' own and unique appeal. Santosh Iyer, Vice President for Sales and Marketing, is of the opinion that the latest from Mercedes-Benz India will appeal to buyers for its premium appeal that takes cues from the elder siblings in the sedan lineup of the Germans. "The A-Class will create a different segment. Considering the customer perspective, we see two types of customer segment," he told HT Auto during an interview. "One chunk is the current luxury car owners looking at an additional car for their son, daughter or spouse. They want it to be a practical one. Then comes the second type of buyers who are first-time buyers in the luxury segment.

(Also read: Mercedes extending functions that can be improved via over-the-air updates)

Iyer further highlighted that those who may have been eyeing a C-Class but were on a budget, now have a strong option in the form of the A-Class Limousine. "The CLA created a new segment and brought in new customers. What lacked in this model are some of the features in a C-Class. With the A-Class, we are giving full functionality," he said, adding that the car would give a customer a foothold to start in the luxury segment.

But what about a noticeable leaning towards SUVs? While Iyer admits that larger vehicles are being increasingly preferred, he also chose to underline how Mercedes still sells more sedans than SUVs. "Let me give you some statistics. 53% of cars we are selling are sedans and 47% are SUVs. We have a domination even in the sedan space with the C and E Class, and A-Class Limousine completes the portfolio now. Growth is in terms of SUVs and we introduced GLS, GLE and GLC last year. (But) A lot of customers still like sedans. It is not a fading body style."

Iyer also touched upon electric vehicles and underlined the success of the EQC which was launched late last year. With rivals now gearing up to drive in their respective battery-powered offerings, he is of the opinion that it is the entire ecosystem which needs to be further built. "We are happy to lead this charge and will bring more products in this market."