With a more powerful GT500 on offer, Ford is likely to do away with the older model given that the customers are unlikely to go it.
By : Sabyasachi Dasgupta
| Updated on: 03 Apr 2020, 01:17 PM 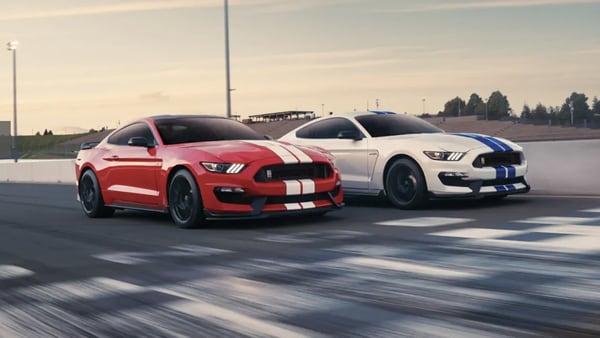 Five years since its launch, Ford could put the Mustang Shelby GT350 off road in coming days. As the company rolls out a new Shelby GT model in the form of Mustang Shelby GT500, there are reports that Ford will discontinue the older model altogether.

The Mustang series cars have been quite an icon for the Ford company for years. But recent data shows the Mustang’s dwindling sales figures. In 2019, Ford could only sell around 72,000 units. It is a drop of more than 40 percent since 2015.

With the more powerful GT500 on offer, Ford is likely to do away with the older model given that the customers are unlikely to go for it.

The all-new 2020 Shelby GT500 at the top of the performance spectrum is one powerful beast for both track and street use. With its 760-horsepower supercharged 5.2-litre V8 engine, Tremec 7-speed dual-clutch transmission and track-developed aero, suspension and wheel technology, Shelby GT500 reigns as the most powerful street-legal Ford ever.

Ironically, Ford had launched an updated version of the Mustang Shelby GT350 last year. It came with a 5.2-litre V8 engine, mated to a Tremec six-speed manual transmission, capable of producing 526 hp of power and 429 lb-ft of torque.

Ford is keeping up the Mustang momentum with more options for personalisation, smart new technology and exciting new colours – plus the greatest performance lineup ever. From the entry-level Mustang EcoBoost that gets an all-new performance package to the ultimate Shelby GT500 with Carbon Fibre Track Package, Ford is offering enthusiasts nine separate performance variants of its iconic fastback and convertible, rekindling the golden age of Mustang performance.