Watch: First look at 2022 Hyundai Creta facelift ahead of launch today in Brazil

2022 Hyundai Creta facelift will go on sale in Brazil later this year. The facelift version of the SUV was earlier launched in Russia, and is slated to be launched in China soon. It is likely to hit Indian markets much later.
By : HT Auto Desk
| Updated on: 26 Aug 2021, 09:05 AM 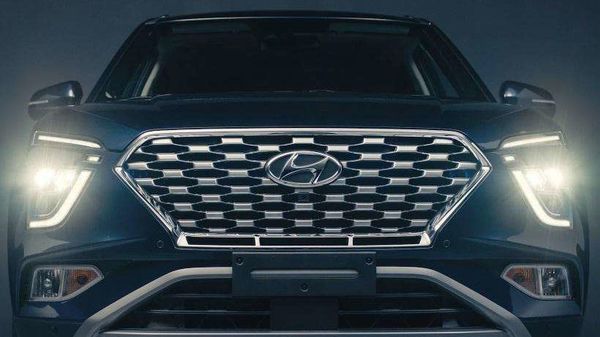 2022 Hyundai Creta facelift version will get a new grille and several updates over the existing model. Hyundai will launch the new Creta in Brazil today.

Hyundai has released a video of the 2022 Creta facelift SUV ahead of its launch in Brazil today. Known as Crete in South American markets, the new Creta will several design and tech upgrades over the existing model.

The latest video shared by the Korean carmaker of the compact SUV shows what changes the new Creta will get. The video clearly reveals the changes on the outside, including the new-look grille that somewhat resembles that of the Alcazar.

Visually, 2022 Hyundai Creta facelift draws attention for its new front grille, designed exclusively for Brazil. The model also brings a new signature of LED daytime running lights, along with an addition of full LED headlights. The images released by Hyundai reveal that the 2022 Creta will have a new colour option, sapphire blue, in addition to the two-tone paint option, with a black roof.

The model has a longer hood, sharp creases on the sides and 18-inch diamond wheels framed by prominent arches. At the rear the taillights also carry an LED signature.

The interior of the new Creta shows more sophistication in terms of finishing, which uses materials in beige and brown. The model has a panoramic sunroof, as seen in the existing models on sale in Inda. The instrument panel is digital and has a seven-inch colour screen, while the blueNAV multimedia centre has a 10.25-inch touchscreen and on-board navigation.

The 2022 Creta facelift SUV in Brazil will get electronic parking brake, digital dual-zone climate control as well as a steering mode selector. The Hyundai SmartSense safety package brings features such as an autonomous braking system, lane-staying assistant and adaptive speed control. The new Hyundai Creta will be equipped with the three-cylinder 1.0 turbo flex engine, capable of churning out 120 hp of maximum power and 171 Nm of peak torque. It may also get a 2.0-litre naturally aspirated petrol unit delivering 166 hp and 201 Nm of peak torque.