Volkswagen Taigun waiting period may extend up to two months. Here's why 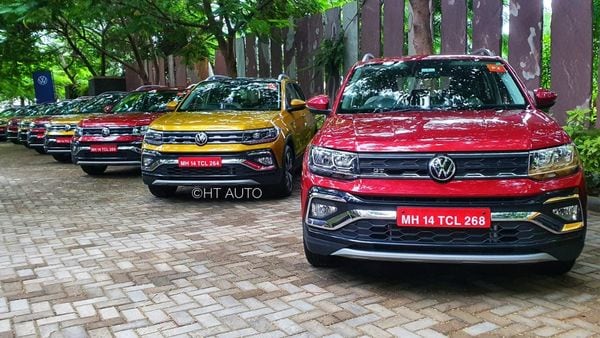 Volkswagen Taigun waiting period may extend up to two months.

It's been only two months since Volkswagen drove in its first mid-size SUV to India in the form of Taigun. However, due to rising demands, the Creta and Seltos rival is already looking at a waiting period of nearly two months from the day of booking. One of the major reasons behind the expanding waiting period is the global shortage of semiconductors which has plagued the auto industry world over.

Volkswagen Passenger Cars India has issued a statement which said, “Due to the overwhelming response and customer demand, the waiting period for the Taigun extends to over 2 months from date of booking, depending on the engine & transmission option."

Volkswagen has also said that the Taigun SUV has so far received more than 18,000 bookings since it was launched in September. The German auto giant said that demand has been equally high for the Dynamic Line and the Performance Line variants of the 2021 Taigun SUV.

(Also read: How Taigun has turned around Volkswagen's sales performance in October)

Ashish Gupta, Brand Director at Volkswagen Passenger Cars India, said, “Considering the high demand for our carlines and with the ongoing industry-wide semiconductor shortage affecting the supply situation, we are working along with our dealer partners towards prioritising deliveries to our customers."

It rivals the heavyweights in mid-size SUV segment like the Hyundai Creta, Kia Seltos, Skoda Kushaq and the newly-launched MG Astor among others.