Toyota Hilux vs Toyota Fortuner, India pricing compared: Which one suits you? 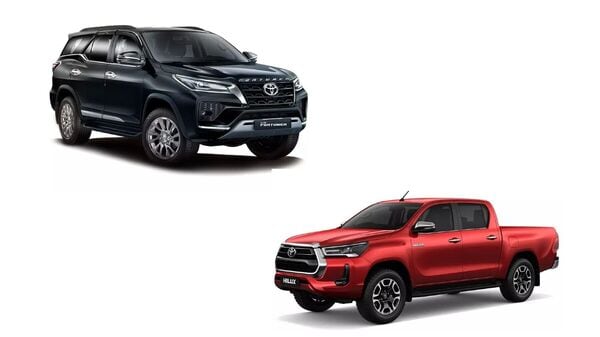 Toyota Hilux has been launched in India at a price of ₹33.99 lakh (ex-showroom). The lifestyle pickup truck targets a different set of buyers who are more focused on a premium vehicle with superior off-roading capability, rather than just a city commuting vehicle.

Toyota currently relies heavily on two utility vehicles in the Indian market,- Fortuner SUV and Innova Crysta MPV. But to expand its business further in the highly competitive UV segment, the automaker is relying on the new Hilux pickup truck, which has been selling around the world for more than 50 years.

Pickups are usually a bit longer than SUVs and in terms of appearance and performance, they are very different compared to their SUV counterparts. The case is the same for Toyota Hilux when it is compared with the Toyota Fortuner.

Here is a comparison between Toyota Hilux and Toyota Fortuner.

Toyota Hilux is powered by a 2.8-litre four-cylinder turbocharged diesel engine. The engine is available with options of a six-speed manual gearbox and a six-speed automatic unit as well. The engine churns out 204 PS of power and 420 Nm of torque. The pickup truck comes with a 4x4 configuration.

The Toyota Fortuner too uses the same 2.8-litre four-cylinder turbocharged diesel motor. Mated to a six-speed automatic gearbox, this engine belts out 204 PS of power and 500 Nm of torque.

Toyota Hilux or Toyota Fortuner: Which one suits you best?

Both the Toyota upmarket utility vehicles are meant for buyers who seek premiumness, comfort and high performance. However, there is distinctiveness between these two vehicles. While the Toyota Fortuner is meant for city roads and occasional offroading, Toyota Hilux is more suitable for hardcore off-roading and may not necessarily be the best choice for daily city commutes.