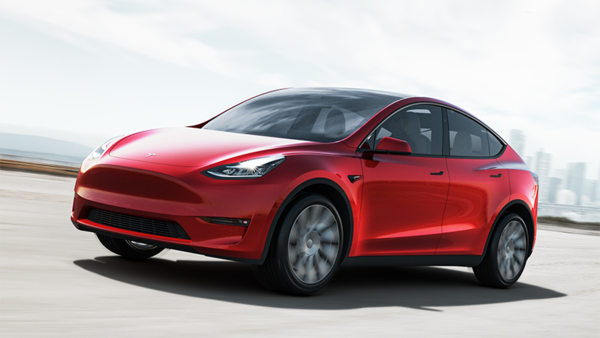 Tesla may have plans of bringing out an electric vehicle more affordable than Model 3 but for now, the company's prime focus appears to be on a seven-seat Model Y which is slated to start rolling out of its facilities from November. This was confirmed by Tesla CEO Elon Musk in a reply to a tweet recently.

Tesla Model Y is the company's mid-size SUV that has received a largely positive response in the US market that is increasingly preferring larger SUVs over sedans, almost as much as it is preferring EVs over conventional vehicles. Musk has now confirmed that a seven-seat version of the Model Y is about to hit roads. "Starting production on 7 seater next month, initial deliveries early December," he wrote.

(Also read: Tesla for India or India for Tesla? The question of if, why and when)

The seven-seat configuration on Tesla Model Y will add a third row of seats. This is likely to find favour among large families who want an EV for city commutes as well as highway escapes.

With a range of around 315 miles (506 kms) on a single charge, Model Y does have the credentials of traveling the distance without much range-related anxieties for the driver. It also comes with several premium features like an all-glass roof.

In terms of cabin dimensions, the five-seat version of the EV offers a whole lot of space and comfort and while it is not clear if the seven-seater Model Y will compromise on these key qualities, the option to transport larger families in one go may just help Tesla target a wider customer base.