Home Auto Cars News Tesla Gets Nod To Launch Three More Evs In India, But Still No Word On Timeline

Tesla gets nod to launch three more EVs in India, but still no word on timeline

Tesla is still waiting to launch its electric cars in India. The US-based EV-maker is still in talks with the Centre to reduce import duties on electric vehicles before entering the market.
By : HT Auto Desk
| Updated on: 13 Dec 2021, 06:06 PM 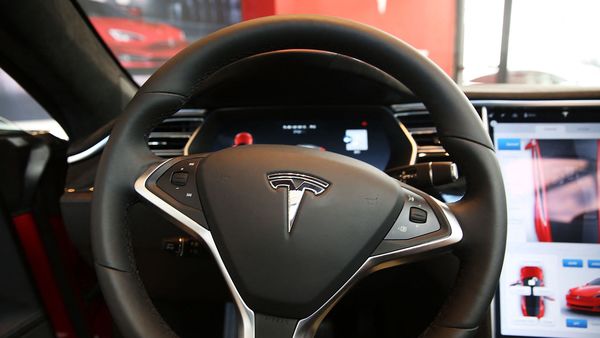 According to the Ministry of Road Transport and Highways, Tesla has received approval to launch seven electric cars in India.

Tesla has reportedly received approval to launch as many as seven of its electric vehicle models in India when the US-based EV-maker finally takes a call to formally enter the market. According to the updates shown on the Ministry of Road Transport and Highways website Vahan, Tesla's India outfit, which is registered as Tesla India Motors and Energy Private Limited (TIME), has recently got the green signal for three new models.

Tesla is still waiting to launch its electric cars in India. The US-based EV-maker is still in talks with the Centre to reduce import duties on electric vehicles before entering the market.

Earlier, Tesla had garnered approval for four electric models for launch in the country. It has still not been officially announced which of the Tesla models have received the approval for launch. However, going by Tesla's global lineup of electric cars, there is little surprise for any guesses.

Tesla, the world's largest electric vehicle manufacturer and also one of the top carmakers, has four key models on offer around the world. These include the Tesla Model 3, Tesla Model S, Tesla Model Y and Tesla Model X. Tesla also launched the Model S Plaid recently and is waiting to formally launch the Roadster and its much-awaited Cybertruck next year.

Tesla's lineup does not mean all these seven models will hit Indian shores when the carmaker finally decides to enter the EV fray in the country. The Model 3 SUV, which is the entry-level EV in Tesla lineup, is the most likely model to come to India first. Tesla is yet to announce its manufacturing plans in India, which means the initial Tesla electric cars are going to be sold through the Completely Built Unit (CBU) route.

Earlier, Tesla CEO Elon Musk had raised his reservations about launching EVs in India due to the high import duties. Musk hopes for a 'temporary tariff relief for electric vehicles' as Tesla continues to lobby hard to reduce the taxes before it officially launches any cars in India. Musk had said that Tesla wants to launch its cars soon in India, but Indian 'import duties are the highest in the world by far of any large country!' He had also said that a Tesla 'factory in India is quite likely' but at the condition that its imported cars first succeed in the country.