Tata Nexon EV has been able to carve out a distinct place for itself in the still nascent space of electric mobility in India.Necon EV has a 30.2 kWh 320 V lithium polymer battery at its core.
By : HT Auto Desk
| Written By : Shubhodeep Chakravarty
| Updated on: 28 Jan 2021, 11:57 AM 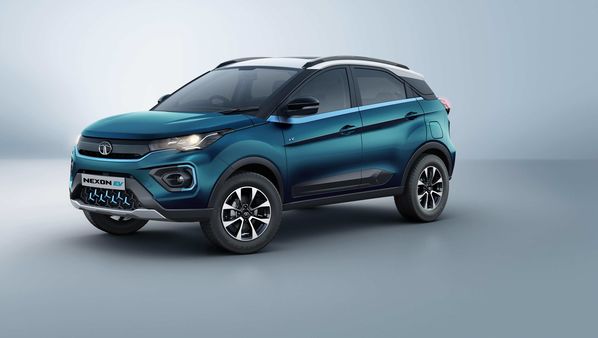 Nexon EV has been a viable option for those looking at a cleaner personal drive option but are also on a budget.

Tata Motors on Thursday announced its Nexon EV has completed a year since launch in India, selling around 3,000 units in this period. While electric mobility remains in a nascent stage in the country currently, Nexon EV has emerged as a torch-bearer for the movement towards cleaner and cheaper - in the long-run of course, personal transport option.

There has not been much in terms of competition for Nexon EV with only MG ZS EV - also launched early 2020, and Hyundai Kona as its challengers. What has helped the Tata product is that it is more affordable than these two other options while still claiming to have a per-charge range of over 300 kms.

Charging options allow for the EV to be powered either using a 15A home socket or a fast charger. Ziptron technology compatibility allows for dual charging.

And while there isn't much to differentiate the EV from its conventional counterpart in terms of external design, it is Nexon EV's battery power that has been its best selling point. "Since its launch, it has consistently emerged as a market leader in its segment," said Shailesh Chandra, President, Passenger Vehicle Business Unit at Tata Motors. "In a short span of time, the Nexon EV has been widely accepted by the customers, enthusiasts and the industry."

Additionally, Tata Power has set up more than 300 charging station in 26 cities and on intercity routes in the country.