The Tata Altroz for the athletes who missed the medal at Tokyo Olympics 2020 will come finished in High Street Gold colour.The delivery of the announced Tata Altroz to these Olympics athletes will be done soon.
By : HT Auto Desk
| Updated on: 12 Aug 2021, 18:14 PM 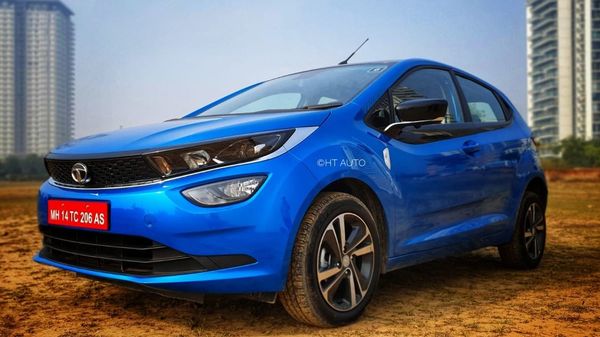 Tata Motors has announced that it will be felicitating Indian athletes who narrowly missed the bronze medal at the Tokyo Olympics 2020 with an Altroz premium hatch. The special Tata Altroz for these athletes will come finished in High Street Gold colour.

According to Mr. Shailesh Chandra, President, Passenger Vehicle Business, Tata Motors, “For India, this Olympics was about a lot more than medals and podium finishes. We are fortunate to celebrate the effort and spirit of our athletes representing our country, competing under the highest pressure against the absolute best talent the world has to offer and coming extremely close to a podium finish. They might have missed a medal but they have won the hearts of millions of Indians, with their dedication and are a true inspiration for budding athletes in India."

The company has announced that the delivery of the announced Altroz to these players will be done soon. “As the leading homegrown automotive brand, we truly understand the spirit of ‘Dare to Dream and Achieve’, as it is a culture that drives us in Tata Motors as well. It is our privilege to honour the spirit of these path-breakers and present them a small token that signifies the Gold Standard, the Altroz."

In a similar announcement, Anand Mahindra had said that his company will be gifting an XUV700 to javelin thrower Neeraj Chopra, who won a gold medal for the country at Tokyo Olympics 2020. Mahindra also hinted that it is planning a special edition of its upcoming flagship XUV700 SUV to honour Chopra, after social media was flooded with suggestions from users to offer the special edition. (Read more detail here)