Skoda to start delivery of Slavia sedan from these dates

Skoda will launch the mid-size premium sedan Slavia, which was unveiled last year, on February 28. It will take on the like of Honda City, Maruti Suzuki Ciaz and Hyundai Verna.
By : HT Auto Desk
| Updated on: 26 Feb 2022, 06:09 AM 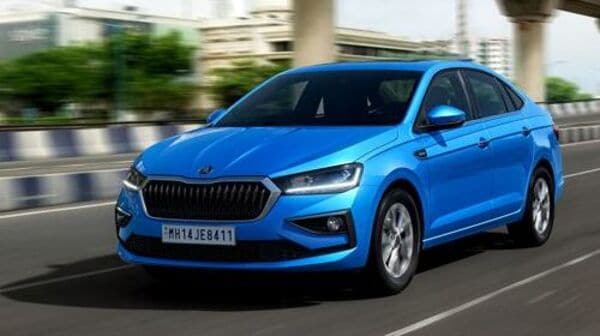 Skoda Slavia mid-size sedan will be launched in India on March 28.

Skoda is all set to launch its new mid-size premium sedan Slavia this month. Unveiled in November last year, the Czech carmaker will officially announce the price of Salvia in India on February 28. The carmaker has also revealed the dates from when it will start delivering the Slavia sedans to its customers.

2022 Skoda Slavia sedans have already started to arrive at various dealerships across the country ahead of its official launch. Skoda has already opened bookings for the Slavia at a price of ₹11,000.

Manufactured at the carmaker's Chakan facility near Pune, Maharashtra, the sedan will take on rivals such as Honda City, Maruti Suzuki Ciaz and Hyundai Verna in the mid-size premium sedan segment. It will also take on Volkswagen's upcoming sedan Virtus when launched.

Zac Hollis, Brand Director at Skoda Auto India, has revealed that the delivery of Slavia sedan will begin from March 28. To be offered with two engine options, the Slavia with 1.0-litre TSi petrol engine will start getting delivered from day one of launch. The delivery for the second one with 1.5-litre TSi petrol engine will start from March 3. Incidentally, the Slavia with bigger engine will also be launched on the same date.

Skoda Slavia stands 4,541 mm in length, 1,752 mm in width, and 1,487 mm in height. It sports trademark Skoda grille which is bordered by chrome all around and is flanked by headlight units with integrated LED DRLs. At the rear, there are C-shaped LED tail lights and the boot door opens to reveal a very generous cabin space at 521 litres.

Deliveries of the 1.0TSi will start from 28th of February and 1.5FTS from 3rd of March.

On the inside, the model gets two-spoke steering wheel, black and beige colour theme on the dashboard which also gets bits in piano-black finish, 10-inch infotainment screen, circular AC vents and digital driver display, among others.