January has been the best month in terms of sales for Mahindra since its debut in the country 18 years ago. Later this year, Mahindra will also launch the XUV700 here.
By : HT Auto Desk
| Updated on: 04 Feb 2022, 12:09 PM 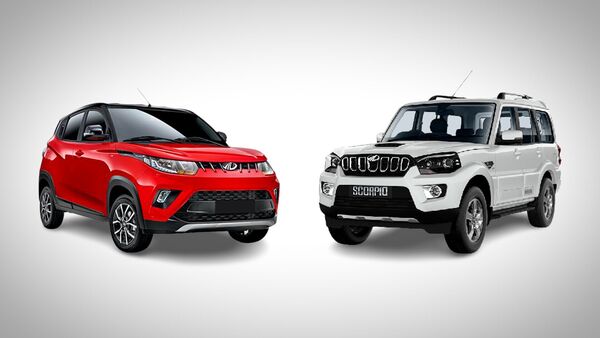 As Mahindra and Mahindra prepares the new generation Scorpio to launch in India some time later this year, the older generation model continues to sell well in global markets. The carmaker has announced that it is one of its best-selling models in South Africa.

Mahindra has set a new monthly record in sales in the African country in January in its 18 years of business there. Besides the Scorpio, Mahindra small SUV KUV100 NXT has been the other favourite pick for customers in this country.

Mahindra sold 1,010 units of its models in South Africa last month, acoording to the National Association of Automobile Manufacturers of South Africa (NAAMSA). Mahindra has seen a massive 77 percent jump in sales compared to the same month last year. The rise in sales also comes at a time when the carmakers are crippled with stock shortages and other Covid-19-related disruptions.

“The new sales record is testament to the hard work of our team at Mahindra SA and each of our 72 dealers," said Rajesh Gupta, CEO of Mahindra South Africa.

“The past two years have been tough, and we often faced delays in vehicle shipments from our global plants as well as other disruptions, such as the disturbances in KwaZulu-Natal where our plant is based. Despite this, our dealer network and the team kept morale and momentum high and it has borne fruit," Gupta added.

However, Scorpio and KUV100 NXT aren't the best-sellers for Mahindra in South Africa, The carmaker's locally-manufactured 'bakkie’ Pik Up range, with 618 units sold in January, is the top-selling model for Mahindra. Mahindra is also set to launch its latest flagship model XUV700 in South Africa later this year.