2020 S-Cross will be offered in petrol engine options only as Maruti steers clear of diesel.An automatic transmission option, a more updated cabin and subtle design changes are some of the other highlights.
By : HT Auto Desk
| Updated on: 04 Aug 2020, 11:50 AM 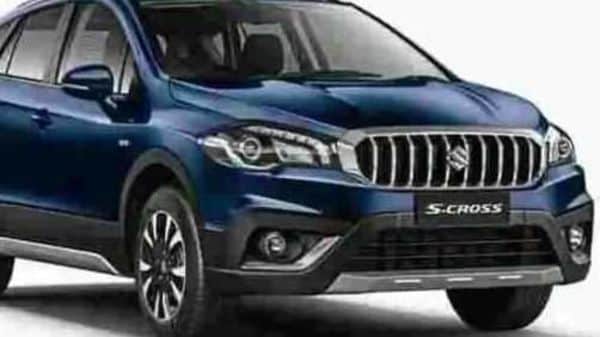 Maruti Suzuki is gearing up for its next big offering with the 2020 S-Cross set for an official launch on Wednesday. While the first S-Cross was showcased nearly five years ago, the 2020 edition promises to once again make a mark that is now interspaced with a slew of newer sub-compact and compact SUVs.

While the S-Cross thus far was only offered with diesel engine options, Maruti has steered towards a petrol-only lineup - a move also influenced by the transition to BS 6 emission norms. As such, the new S-Cross will follow the same path taken by Vitara Brezza and will get a BS 6 compliant 1.5-litre petrol engine (K15B) that's known to produce 77 kW (104.69 PS) of power at 6,000 rpm. The car has 138 Nm of torque on offer. The Progressive Smart Hybrid dual-battery technology is likely to be a standard.

Features inside the cabin are also likely to hog some of the limelight.

Expect Maruti to pack the S-Cross with contemporary features inside the cabin to help it tackle newer rivals who have littered the field of play over the past several months.

Also on the cards are subtle design changes on the outside to help distinguish the new model from the outgoing one.

A lot is at stake for Maruti Suzuki with the new S-Cross and the car, at least on paper, still has the potential of finding many takers. A key product in the Nexa lineup, the S-Cross will hope to once again make a mark in the market even if current market sentiments remain rather muted and are in recovery phase post lockdown