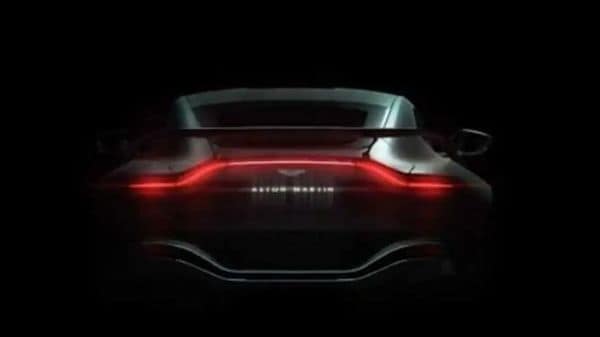 The carmaker published the teaser video on its Instagram channel with the caption, “Do not go gentle into that good night," and the phrase “Never leave quietly" embedded at the end of the clip. No wonder, the exhaust note of the upcoming Aston Martin V12 Vantage sounds fearsome.

The video gives us a prominent look at the rear profile of the car as well. It gets a prominent rear wing, fluid looking LED taillights that are connected via a sleek and curvy LED strip running the whole width of the coupe. A bold looking rear diffuser too is there. Expect the car to come with a number of visual upgrades as well.

The Aston Martin V12 Vantage is expected to come using the same RS nomenclature as it did back in 2008. This British sports coupe will compete with rivals like the Porsche 911 Turbo S. Expect it to come with upgraded power along with the upgraded design.

The car is likely to use the same engine as the V12 Speedster. In that case, the upcoming Aston Martin V12 Vantage will draw power from a massive 5.2-litre twin-turbocharged engine that is capable of churning out 690 hp of power and 753 Nm of torque as well. The engine will make the car enable to sprint to 0-100 kmph in just 3.4 seconds.

Scheduled for an early 2022 debut, the Aston Martin V12 Vantage will be sold in very limited numbers in an attempt to maintain its exclusivity. The car is expected to come priced significantly higher than the current V8 model, which is available at $139,000.