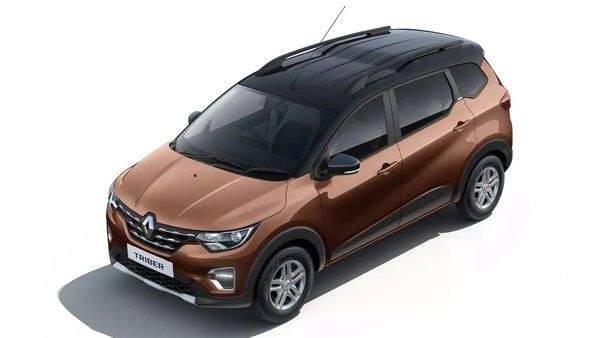 2021 Renault Triber MPV will be offered in a new Cedar Brown colour scheme.

French auto giant Renault has introduced a new avatar of its popular MPV Triber for the Indian market. The Renault Triber MPV in its newest avatar comes with a few updates. The starting price of the 2021 Renault Triber has been fixed at ₹5.30 lakh.

According to Renault, the new Triber MPV has become even better in terms of look, features and performance. It now will have steering-mounted control features to take calls or control audi, height adjustment feature for the driver's seat, dual tone exterior, LED turn indicators and new body colour called the Cedar Brown.

As far as the powertrain is concerned, the company has given a 1.0-litre three cylinder petrol engine for the new Triber MPV. The engine is mated with a 5-speed manual as well as an automatic gearbox. The engine can churn out 70 bhp of maximum power and 96 Nm of peak torque.

The third row inside the 2021 Triber will have foldable seats to increase space for luggage. When the seats are folded, they open up about 625 litres of boot space, which is the best in the segment. The seats are also detachable in case one wants to. At the same time, in its top-spec model, the company has given features such as 8-inch infotainment system and climate control with 4 airbags.