Earlier, Renault has presented the Kiger SUV to other Olympic medalists Mirabai Chanu and Lovlina Borgohain.
By : HT Auto Desk
| Updated on: 22 Aug 2021, 11:18 AM 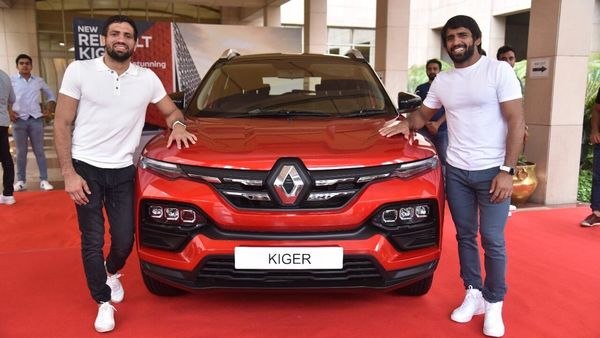 This is the fourth time Renault has honoured Indian Olympic medalists. Earlier, the French carmaker had gifted Kiger SUVs to weightlifter Mirabai Chanu and boxer Lovlina Borgohain, who won silver medal in the Women's 49 kg category and bronze medal in the Women's welterweight event respectively at Tokyo Olympics 2021.

Renault had launched the ‘Made in India’ Kiger SUV earlier this year at a starting price of ₹5.45 lakh (ex-showroom, pan-India). It completes in the sub-compact SUV segment with rivals like Maruti Suzuki Vitara Brezza, Hyundai Venue, Tata Nexon, Mahindra XUV300, Nissan Magnite among others.

The company announced that as part of completing ten years of operations in India, the company launched the all-new RXT (O) variant of the Renault Kiger. It added that it aims to drive volumes in the country with its product portfolio expansion strategy. The company also informed that it is rapidly amplifying its network reach in India. Currently, Renault India has more than 500 sales and service touchpoints in India, which include 200+ Workshop On Wheels locations across the country.