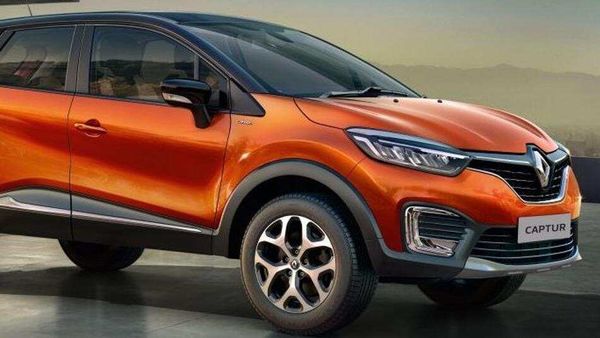 Renault Captur was first launched in India back in 2017. But the SUV has not been as popular as some of the other Renault products. (File photo)

Renault India has removed one of its flagship products from its official page. Renault Captur SUV, which was offered in BS 4 version, has gone off the vehicle listing page of the carmaker's official website. The company had not announced the arrival of a BS 6 version of the Captur SUV in India so far.

Renault Captur was first launched in India back in 2017. But the SUV has not been as popular as some of the other Renault products like the Duster SUV, Kwid or the recently launched Triber.

The latest version of the Captur has already been launched in European markets, the home turf for the French carmaker.

In India, Renault had earlier discontinued the diesel version of the SUV when stricter BS 6 norms were introduced. The k9k 1.5-litre diesel engine used to produce 110 bhp of power and 240 Nm of torque.

Renault Captur in India was competing with other mid-size SUVs like Maruti S-Cross, Nissan Kicks, Kia Seltos among others. However, it failed to make an impact on the Indian buyers, not only in its segment, but also compared to all other models offered by Renault in the country.

In fact, the carmaker failed to sell even a single unit of Captur this year. In the last six months of 2019, the company managed to sell only 518 units of Captur SUVs, far less than its competition or even some of the company's other offerings.

Last month, Renault had introduced the 2020 Captur SUV in Russia. The facelift version of the 2020 Captur has gained some minor exterior tweaks such as chrome decor at the main grille which contributes to a slightly sharper look of its front-end, newly designed 17-inch alloy wheels, and additionally introduced new paint options including bright blue shade with a silver-coloured roof.

Inside, the Captur 2020 gets a contemporary styling treatment which includes a new three-spoke steering wheel featuring brushed metal touches. There is also a new 8.0-inch touchscreen infotainment system which is an inch bigger than the unit it replaces. It continues to carry the Android Auto and Apple CarPlay, just like the older car.