Porsche to digitally unveil two new cars, including 911 Targa, on May 18 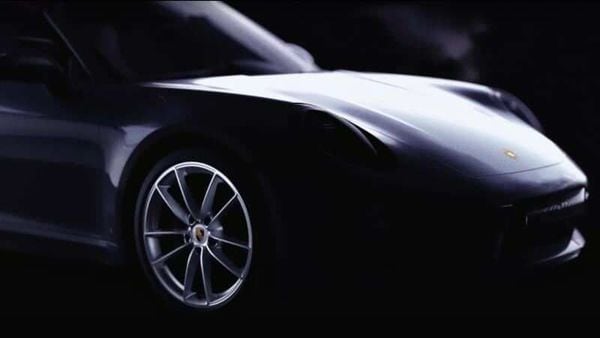 Porsche has teased the 911 Targa model ahead of its unveiling on May 18. (Photo courtesy: YouTube/Porsche)

Porsche has announced that it will unveil two new models of its popular sports car series 911 on May 18. A global ban on events due to the coronavirus, the sports car manufacturer will be presenting its new models in virtual format for the first time on its own web TV channel.

On 18 May, the company will begin the show with the world premiere of the first of the new 911 models. Frank-Steffen Walliser, Vice President Model Lines 911 and 718, will explain the car’s new features along with Porsche Brand Ambassadors, tennis star Maria Sharapova and racing driver Jorg Bergmeister.

Among the models to be unveiled is Porsche 911 Targa. Porsche has had to delay the official launch of the 911 Targa on several occasions due to the coronavirus, but the German firm has provided us with a definitive date for the presentation of the model, one of the most attractive in the range.

Judging from what we can see in the video, the Porsche 911 Targa will be presented with a silver finish in contrast to a red fabric roof, a really attractive combination to highlight its lines. As you may be imagining, in terms of design it will hardly differ from other versions of the range.

It will be offered with various engines , although the debut will foreseeably star the Carrera and Carrera 4. But the Porsche 911 Targa will not be the only online revelation that we will see from the guys from Stuttgart in the coming weeks, as it seems to imply the video.

Porsche also gave hint about a special edition of limited duration that will be released on June 2. Before that, on May 26, Porsche will share a video to showcase the 70-year-old history of the carmaker and discuss about the design elements that have inspired the birth of this very special model.