Porsche claims it will take much less time to upload recorded data to simulators compared to big studios and digitalize them.
By : HT Auto Desk
| Updated on: 13 Feb 2022, 01:28 PM 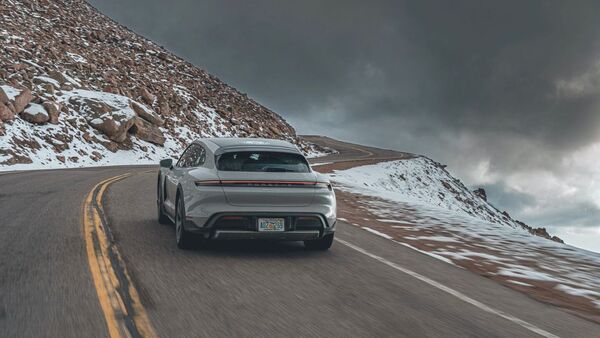 Porsche is yet to disclose the  timeline for mass availability of this technology.

German luxury car marquee Porsche has developed a new technology that allows car drivers to record their roads and play that again in a racing simulator. This technology will offer car drivers to enjoy the experience of driving on a road time and again, where they love to drive.

This unique technology is christened Virtual Roads and it has been developed by the Volkswagen owned luxury high-performance carmaker in collaboration with Swiss technology startup Way Ahead Technologies. The automaker claims that this technology will allow the drivers to record a road using their phones by mounting the device on their dashboard. The user will then be able to upload the video to a racing simulator. This will allow the drivers to drive on public roads over and over again, albeit virtually.

The automaker says that there will be a dedicated app for this technology implementation that will record the roads with a whole 3D environment. It will include trees, crash barriers, and other landmarks in an attempt to make the user's driving experience in the simulator as real as possible. However, it is not sure if it will also record any people or parked vehicles.

The company claims that uploading the recorded data to the simulator takes less than one per cent of the time taken by big studios to digitalize the race tracks that are common in racing games. This is because there are no lasers measuring the exact height of the tarmac. This means a slightly less realistic representation of the road but Porsche claims that bumps and topography will be incorporated into the resulting track.

The app would use special technology that will include artificial intelligence (AI) to record the road and upload them to racing simulators. The app could even use data from Porche's chassis control system and G meters in the future to make roads and simulator user experience more realistic. The technology startup claims that it can digitalize routes to virtual roads of up to eight kilometres long in less than one hour, depending on the complexity of the route.