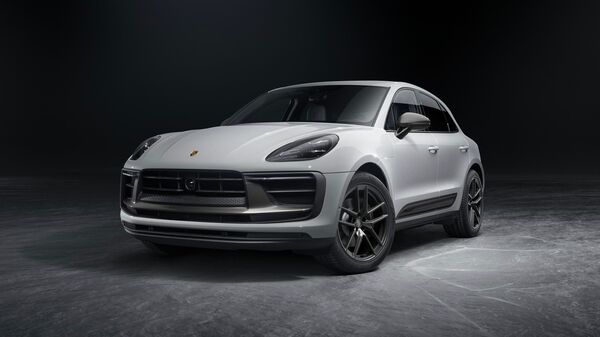 Porsche Macan T is the first four-door sports car that will bear the Touring DNA, which was previously reserved for the 911 and 718 models.

Porsche has taken the covers off the Macan T, a lightweight version ofits best-selling SUV Macan. The T version (for Touring) is a new variant of the German SUV which is positioned between the standard model and the Macan S. Until now, the T branding was reserved for the 911 and the 718 range of models from the German luxury carmaker.

The Porsche Macan T is powered by a 265-hp 2.0-litre turbo four-cylinder engine. Compared to the much more powerful 2.9-litre twin-turbo V6 of the Macan S and GTS, the engine saves 58.8 kilos on the front axle, which helps improve its performance. The 265 horsepower and 400 Nm of torque are sent to all four wheels via the seven-speed dual-clutch PDK gearbox. It comes with a top speed of 232 kmph and can sprint from zero to 100 kmph in just 6.2 seconds.

The ride height for the Macan T has been lowered by 15 millimeters compared to the normal Macan. The Porsche Macan T is also sharper thanks to the Porsche Active Suspension Management (PASM) system which comes as standard. The anti-roll bars at the front axle have also been revised to make them stiffer, as has the Porsche Traction Management (PTM) which has been recalibrated to return more power to the front axle when grip becomes difficult.

One can also opt for the adaptive air suspension with PASM, which offers an additional lowering of 10 millimeters.

Inside, the Macan has heated and power-adjustable leather sports seats, contrasting silver stitching, a heated multifunction sports steering wheel and the ubiquitous stopwatch from the Sport Chrono pack at the top of the dashboard. Optional features include the multifunction GT sports steering wheel in Race-Tex with carbon trims and an ioniser. The Macan T also gets a new centre console with its sophisticated glass-look and touch-sensitive surface, as well as a 10.9-inch touchscreen display and online navigation as standard.