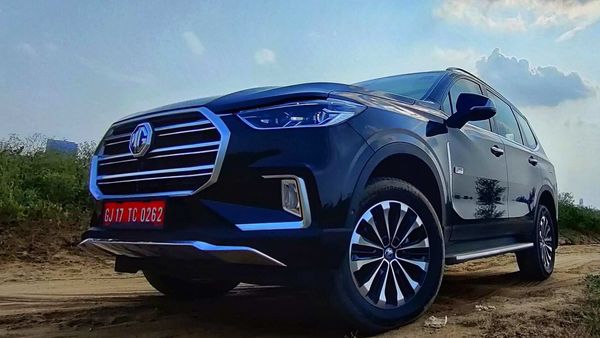 MG Gloster will face off against Endeavour and Fortuner even if the company says this SUV aims for more menacing rivals like Prado and Pajero. (HT Auto photo)

MG Gloster has been officially launched in India at a starting price of ₹28.98 lakh (ex showroom, introductory). The massive SUV is the fourth offering from the company here after Hector, ZS EV and Hector Plus and while it has shown off its capabilities on and off the road while promising a connected and comfortable cabin, it is its price point that is likely to be its biggest weapon against established rivals.

Base Gloster has been priced at ₹28.98 lakh which makes it cheaper by around a lakh when compared to the price of the base Endeavour variant. The top variants of both SUVs in diesel are relatively similarly priced, difference of around ₹28,000 in favour of Ford.

Fortuner's base variant may come cheaper by around ₹30,000 but that's the one with the petrol engine. In diesel, Fortuner starts at ₹30.67 lakh and maxes out at ₹34.43 lakh, sitting a little less than a lakh cheaper than Gloster Savvy which has a price of ₹35.38 lakh.

Gloster also promises to pack in a whole lot more with several segment first features and some safety features which are completely new to the country. It claims to be India's first Level 1 autonomous premium SUV and gets Assisted Cruise Control, Assisted Braking, Lane Warning System and Assisted Parking facilities.

Under the hood is a 2.0-litre twin-turbo diesel engine which produces 215 bhp of peak power and has 480 Nm of torque. An eight-speed auto transmission unit comes as standard.

Bookings for MG Gloster have been open for a deposit amount of ₹1 lakh.

(All car prices are ex showroom and are indicative only)