Maruti Suzuki Swift, with mileage of 32 kmpl, on display at Auto Expo 2020

Maruti is capitalising on the Swift brand, by displaying a hybrid variant of the car.It gets a 'strong hybrid' system in place of the current SHVS on Ciaz, Ertiga and Baleno.No date officially announced by Maruti for India launch.
By : HT Auto Desk
| Updated on: 07 Feb 2020, 12:57 PM 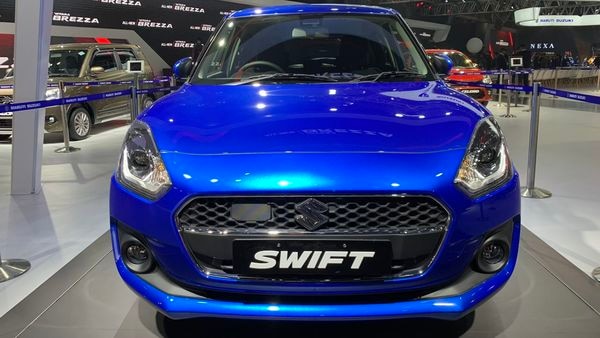 The Swift hybrid showcased by Maruti at Auto Expo 2020.

GREATER NOIDA : Maruti Suzuki India has kept a hybrid variant of its popular hatchback Swift on display at Auto Expo 2020. The hybrid model is already being sold in Japan, but its India launch is awaited.

Maruti has given the Swift a 'Strong Hybrid' system - of 48V power - as compared to the 'Mild Hybrid' which is currently being used in its India line-up of Ciaz, Ertiga and Baleno. What gives this set-up an edge is that it reduces emissions, increases efficiency and gives the car a superior driving performance.

The 'Strong Hybrid' system also gives the car a power of 105PS, compared to 91PS of power in the current SHVS system. The hybrid system allows a car to run fully on electric mode at low speed at short distance. Once the charge is depleted, the car returns to running on the petrol system.

But the increased power doesn't compromise with the mileage. Maruti claims that its Japanese version of the Swift hybrid is delivering an astonishing 32 kmpl of mileage. The car is powered by the same 1.2-litre DualJet K-series engine and comes with 5-speed AMT gearbox.

Maruti Swift hybrid was first seen at the 2018 Indonesia motor show. It looks similar to the current Swift, except for the front grille, and carries a Hybrid badging at the rear.

Mileage has always been Maruti's strong point, and the Swift hybrid takes that a notch higher. The current hybrid system in Maruti's other cars offers 23 kmpl of mileage.

The company is increasingly pushing towards the electric vehicle set-up, in line with the government's direction. Maruti has stopped making cars with diesel engines, and the hybrid technology is the transition phase before the company starts making fully electric vehicles.

Though nothing has been officially announced by Maruti Suzuki India, the Swift hybrid is expected to make its India debut around Diwali this year. The company plans to capitalise on the Swift charm, considering other players like Tata announcing Altroz EV.