Locally assembled Jeep Wrangler to launch in India on March 15

Jeep has announced an investment of ₹ 180 crore in India towards local manufacturing of the Wrangler.Expect the Jeep Wrangler to cost lesser than before thanks to the local assembly.
By : HT Auto Desk
| Written By : Prashant Singh
| Updated on: 18 Feb 2021, 11:09 AM 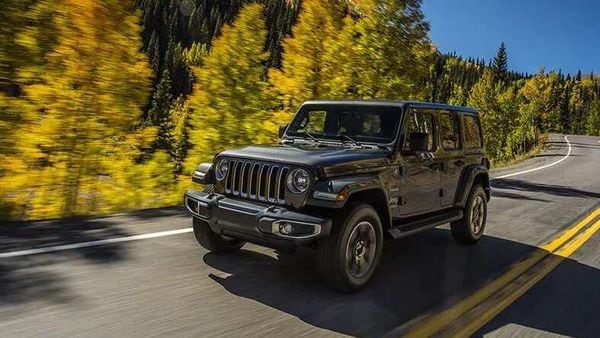 Jeep will locally assemble Wrangler in the country at its Ranjangaon facility.

Jeep will assemble Wrangler in the country at its Ranjangaon facility and the company has also announced an investment of ₹ 180 crore in India towards local manufacturing of the Wrangler.

Jeep India launched the 2020 Wrangler in the country at ₹ 63.94 lakh (ex-showroom) last year and the company also managed to sell the first batch of the SUV last year only. After its local assembly, expect the overall pricing of the car to drop significantly.

The new Jeep Wrangler gets a revamped cabin space packing an updated dashboard with a centrally placed 8.4-inch touchscreen infotainment system with navigation, Apple CarPlay and Android Auto. Some other features of the car also include passive keyless entry, push-button start, and more. It gets a 5-seater cabin layout sporting premium leather upholstery and contrast white stitching.

(Also Read: Fiat to set up global digital hub in Hyderabad; to invest over ₹1,000 crore)

Under the hood, there is a 2.0-litre high power turbo petrol engine which churns out 268 PS of power and 400 Nm of torque. This engine comes mated to a new 8-speed automatic transmission. It comes with diff locks which is activated electrically using a switch given on the central console. It benefits from a dedicated four-wheel-drive (4WD) high and low mode along with a new 4WD auto mode.