'Made in India' Jeep Wrangler launched at ₹53.90 lakh

The new Jeep Wrangler has become significantly cheaper thanks to its local assembly.Deliveries of the new Wrangler will start from today.Jeep also plans to locally assemble the new Grand Cherokee SUV in the future.
By : HT Auto Desk
| Updated on: 17 Mar 2021, 12:44 PM 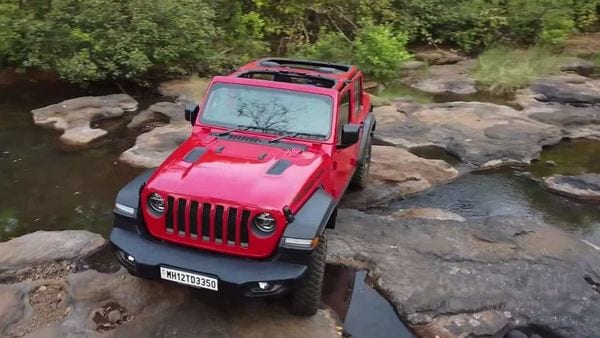 The new Jeep Wrangler has become significantly cheaper thanks to the local assembly.

Jeep India on Wednesday announced the launch of the India-made Wrangler SUV in the country. The new Wrangler has been priced from ₹53.90 lakh (ex-showroom, India). At this price, it is significantly cheaper than before.

Thanks to the local assembly, the pricing of the world-renowned rugged off-roader has been dropped by almost ₹10 lakh. For the time being, only the petrol model will be sold in the country and there will be two variants to choose from - Unlimited and the hardcore Rubicon. Deliveries of the new Wrangler will start from today.

The Wrangler SUV is the first model from Jeep to be locally assembled in India through the SKD route. This SUV has been set for manufacturing at the FCA plant in Ranjangaon, Pune. Apart from this, the company manufactures Compass SUV in the country with a lot of localised parts sourcing. After the Wrangler SUV, the American carmaker also plans to bring in the local assembly for the 2022 Grand Cherokee SUV.

Under the hood, the Jeep Wrangler continues to source power from the same 2.0-litre turbo petrol which is good enough to churn out 262 hp of maximum power and 400 Nm. The transmission option includes an 8-speed automatic gearbox. In order to enhance the overall fuel economy of the SUV, Jeep has added a stop-start system to the powertrain.

Previously, the launch was slated to take place on March 15th but was delayed due to unconfirmed reasons. Wrangler SUV is a direct rival to the likes of Land Rover Defender and the Mercedes-Benz G 350d.