Lexus previews a pure electric hypercar; could be the spiritual successor of LFA 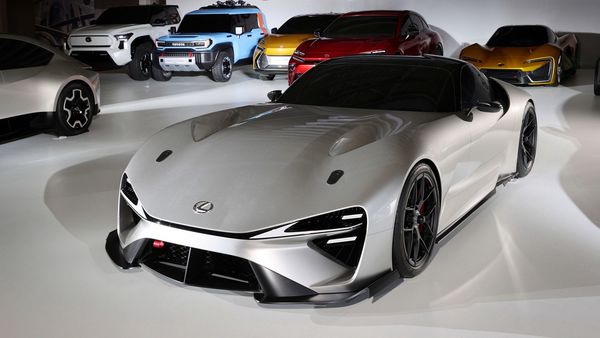 Lexus is mulling the idea of launching an all-electric hypercar in near future. The Lexus Electrified Sport concept car showcased during the unveiling of Toyota group's future electrification strategy has previewed a pure electric hypercar with Lexus badge.

The Lexus Electrified Sports concept could spawn out the spiritual successor of the LFA, which was in business between 2011 and 2013. The design of the concept model clearly indicates that the Japanese luxury carmaker has taken inspiration for its electric hypercar from the original LFA.

The automaker under the umbrella of Toyota group aims to go all-electric from 2035. Lexus will start offering EVs in all segments by 2030. Expect the supercar concept to take shape of a production-ready model by then.

Despite drawing inspiration from LFA, the concept car also bears several distinctive design elements. It gets tapered and lowered rear end. Considering the fact that most of the auto manufacturers prefer a midship like layout while designing hypercars, Lexus Electrified Sport's production model would arrive pretty unique.

As Lexus dubs the concept, it would come symbolising the future of the brand. This hypercar would be capable of accelerating 0-96 kmph in less than two seconds. Also, it would be able to reach a range of 700 km on a single charge.

The supercar concept has been earmarked for a solid-state battery-equipped powertrain. As Lexus is gearing up to deploy solid-state batteries for hybrid cars, the automaker would test and evaluate the technology before rolling it out to pure electric vehicles.