Lamborghini to launch Huracan Tecnica in India on August 25

1/5
The Tecnica gets upgrades to the exahusts and a rear wing. The diffuser is also deeper when compared to the Huracan Evo.  (Lamborghini)

2/5
The Huracan Tecnica gets the same 5.2-litre V10 engine. It produces 640 PS and 535 Nm. The gearbox is a 7-speed DCT unit that transfers the power to the rear wheels only. (Lamborghini)

3/5
The front fascia is inspired from the Sian supercar so it looks more aggressive. (Lamborghini)

5/5
The Tecnica has better stability, higher downforce levels and drag has also been reduced. (Lamborghini)

Lamborghini will launch the new Huracan Tecnica on August 25. According to the manufacturer, the Tecnica is the most driver-focused version of the Huracan and it is meant to be used on road as well as the track. The new variant sits between the standard Huracan Evo and the Huracan STO which is the track-focused version. The Huracan Tecnica was already revealed globally in April this year.

Huracan Tecnica does look a bit different when compared to other Huracan models. The Tecnica gets a new bumper design that looks more aggressive as it is inspired by the Sian supercar. At the rear, the tail lamps are the same but the bumper does look more aggressive with the exhausts and a rear spoiler. However, there are not many changes to the interior. It looks pretty much the same as the regular Huracan. The manufacturer has added connected car technology which they call Lamborghini Connect. 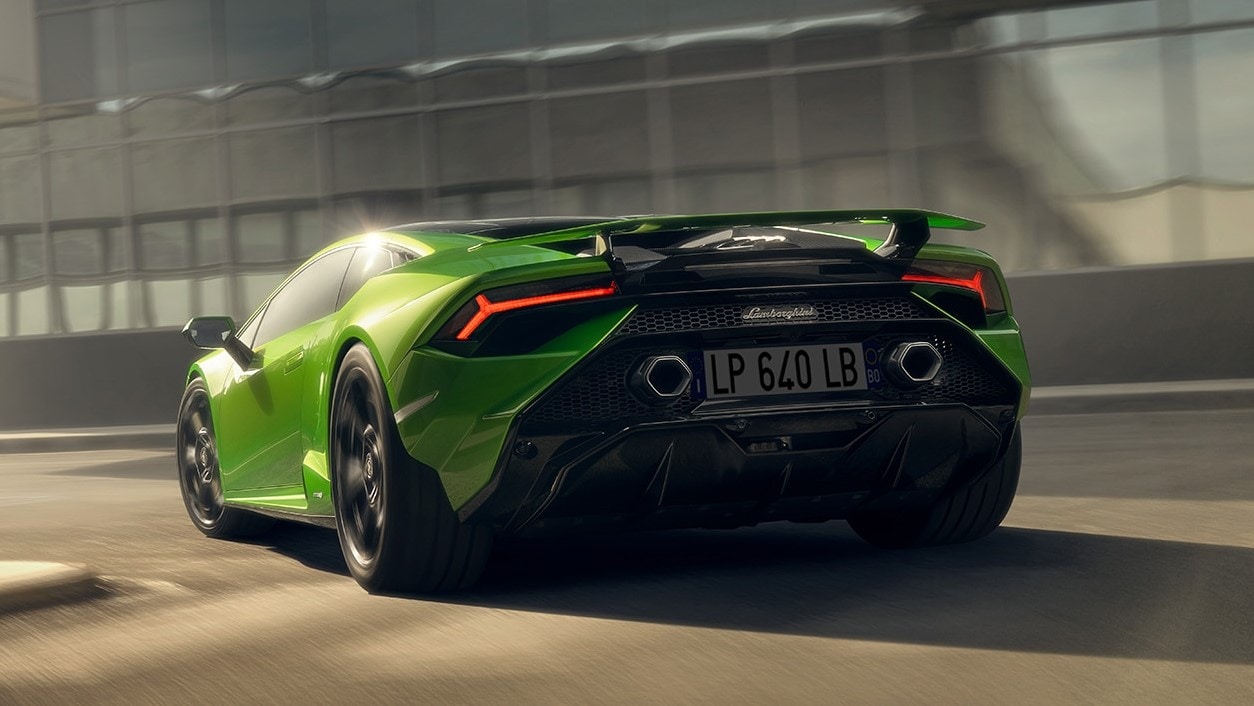 Mechanically, the Tecnica uses the same 5.2-litre, naturally aspirated V10 engine from the STO. It produces 640 hp of max power and a peak torque output of 565 Nm. All the power is transferred to the rear wheels only using a 7-speed dual-clutch automatic gearbox. Huracan Tecnica can hit a ton in 3.2 seconds and has a claimed top speed of 325 kmph. Moreover, 200 kmph comes up in 9.1 seconds. The exhaust sound has also been tuned for the Huracan Tecnica.

Lamborghini is offering a brake cooling system and rear-wheel steering. The traction control is specifically tuned by Lamborghini which allows some amount of slip before kicking in. The exterior of the Tecnica was specifically designed to increase stability, aerodynamics, downforce and reduce drag. The suspension setup is also specific to the Tecnica.

Braking duties are done by carbon ceramic disc brakes in the front as well as the rear. The advantage of using carbon ceramic is that they fade less under heavy use and can dissipate more heat than cast iron discs.