The 16-minute video shows both CEOs, along with their chief designers, discuss at length about the cars and their design philosophies.
By : Sabyasachi Dasgupta
| Updated on: 24 Jun 2020, 03:23 PM 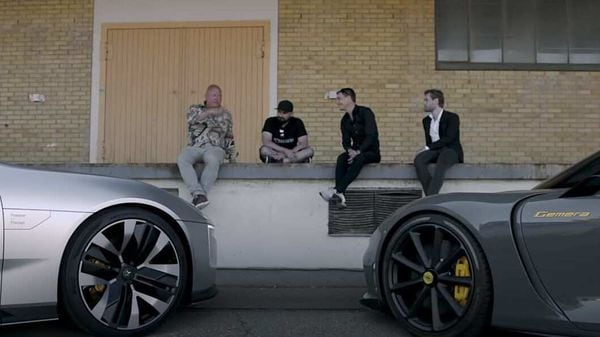 Koenigsegg and Polestar CEOs meet up to discuss all things cars. (Photo courtesy: YouTube/Polestar And Koenigsegg)

Some time ago, photos appeared on Instagram where Koenigsegg Gemera and Polestar Precept stood next to each other. Many people then thought that a collaboration was underway. But that was not the case.

Now a video has been released where Koenigsegg's CEO, Christian von Koenigsegg and Polestars CEO Thomas Ingenlath met with their design managers. They rode the new Koenigsegg Gemera and Polestar Precept and shared their thoughts on the two vehicles. While Koenigsegg chief designer felt the Precept 'a lot more sculptural than on the photos', Polestar CEO said the Gemera doe not appear subtle at all.

The 16-minute video shows both CEOs, along with their chief designers, discuss at length about the cars and their design philosophies. They talked about what they do to break the mould and what inspires them. However none of them actually shed any light on whether the two carmakers are planning to join hands in the future.

Earlier this month, Koenigsegg shared a photo of two cars facing the front bumpers on its Instagram page. One of them is the new four-seater hypercar Gemera, introduced recently. Another is the Polestar Precept Concept, which was scheduled to be launched at the Geneva Motor Show. The auto show was cancelled due to the Cover-19 pandemic.

The post shared by Koenigsegg says that something 'exciting' is coming and calls for "to stay informed."

The Koenigsegg Gemera is a hybrid four-seater car powered by a 2.0 litre turbo three-cylinder engine and a trio of electric motors. It can generate 1,700 PS (1,677 hp) of power and 3,500 Nm of torque and can accelerate from zero to 100 kmph in just 1.9 seconds.

Details remain scarce about the Polestar Precept, but released renderings indicate a very low and sleek silhouette with an emphasis on leg- and headroom in the rear. The four-door, fully electric grand tourer looks like a cross between a sport wagon and large touring sedan—and a possible contender against the front-running Porsche Taycan and Tesla Model S. The Precept has camera units set on an aerodynamic arm replacing the regular side mirrors; a digital screen with a camera feed replaces the traditional rear-view mirror. There’s also a 15-inch centre touch screen and 12.5-inch driver display at the front of the vehicle.