Kia to launch Carnival MPV in 2020 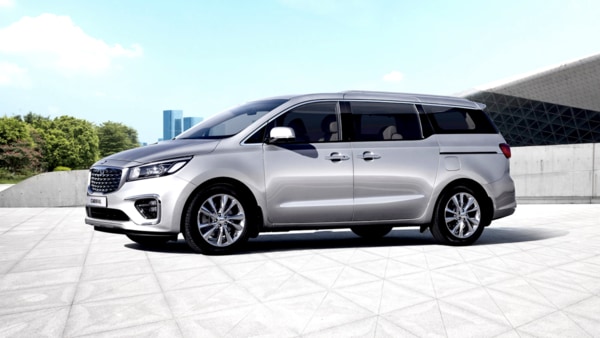 Betting big on the country's high potential for cars, the current downtrend notwithstanding, South Korean major Kia would launch a luxury multipurpose vehicle (MPV) early next year, which the company claims will be the first-of-its-kind on Indian roads.

"In January-February we will come out with a new model Carnival, a luxury MPV, the big car. That segment is not available in India so far and we are going to establish it," Kia Motors India Vice-President (Sales) Manohar Bhat said here on Thursday.

Talking to PTI on the sidelines of the inauguration of Kia's first Indian manufacturing facility at Erramanchi village in Anantapuramu district, Bhat said Carnival would be a "wider, bigger car than any other" in the Indian market.

"It will be a 6-8 seater and have the best features in terms of comfort and size, which any other luxury car may not have," he noted. "Customer tastes are changing and accordingly we will bring out our vehicles. Our plan is to launch a new model every six months," Bhat added.

The Anantapuramu plant has a three lakh car production capacity. "But we are now operating in only two shifts. Effectively we are using only two-thirds of our capacity. So every six months we will come out with a new model," the Kia official said.

Seltos, the first SUV to roll out from Kia's India plant in August this year, has 75,000 bookings so far, which market analysts saw as a runaway hit. "We are very happy with the customer response and also happy with the product (Seltos) we have delivered," Bhat remarked.

Asked about exports from the Indian facility, he said their top priority was India. "Our primary focus is on the domestic market. We will also export, but we are testing the waters right now," he said.

On the prevailing downturn in the Indian automobile market, the Kia official noted there was "definitely a de- growth happening." "Overall demand has fallen by 12 -13 per cent. This is a downturn, because customer's buying intention has decreased. That's because the overall economic situation is not as good as it was 2-3 years earlier," he said. The overall economic growth was also not good. "When the growth happens, the demand will also increase," he added.

"By the beginning of the next financial year, we should hopefully see some improvement as the government has taken certain steps to boost the economy," Bhat said.

Observing that Kia currently has 260 sales and service points across the country, the largest for any new entrant in the market, the vice-president said they would expand the network to fill the gaps in northeastern states, north Telangana, parts of Karnataka, Chhattisgarh and other states. "We want to be closer to the customer. We are being very ambitious," Bhat summed up.