The all-electric Kia Seltos is a highly anticipated model and will arrive in the international market soon.The Seltos Electric may be launched in China first as the next-gen Kia KX3 EV.
By : Prashant Singh
| Updated on: 23 Jun 2020, 12:53 PM 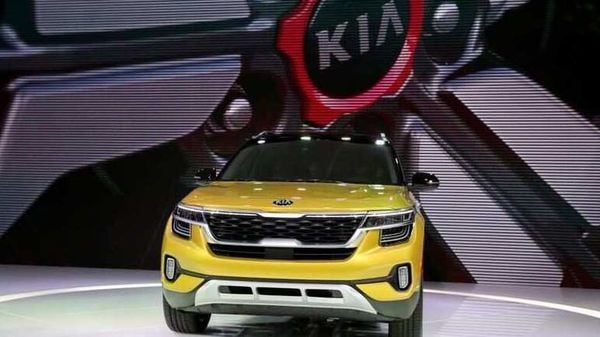 It is no news that an electric version of the Kia Seltos is under development. It has been codenamed: Kia SP2 EV. Given the popularity of the current ICE powered Seltos, the all-electric Seltos is already a highly anticipated model and will arrive in the international market soon.

On the outside, it will sport the same design/styling as the regular Seltos but underneath, it will be an EV. It is expected to feature the same battery pack and electric motor as the current Hyundai Kona Electric SUV. For the record, currently the Indian-spec Kona (standard range) uses a 39.2 kWh battery which powers a motor delivering 136 PS and 395 Nm of torque. As per the ARAI-certification, it has a full driving range of 452 km on a single charge and is capable of crossing naught to 100 kmph in just 9.7 seconds. Chances are that Kia Seltos EV will sport similar performance figures as well.

Apart from the standard Kona Electric, there is also a long-ranged Kona EV (in the international market) which features a bigger 64.2 kWh Lithium-ion battery. It powers an electric motor which delivers 204 PS of power and 395 Nm of torque. It has a WLTP range of 482 km and efficiency of 14.3 kWh/100 km. The Kia Seltos EV will most likely arrive in a single configuration only, replicating the standard-range Kona Electric.

Sadly, it is currently not under consideration for the Indian market but will arrive in China, most-likely in the later part of 2020. It may be launched over there as the next-gen Kia KX3 EV.

As far as Indian market is concerned, Kia will launch a Vitara Brezza rival in the form of Sonet compact SUV which was displayed at the Auto Expo 2020.