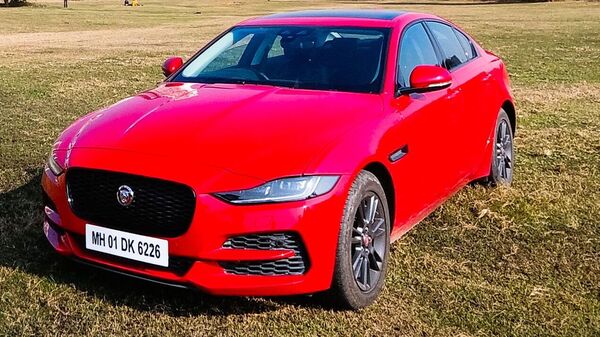 Jaguar XE is one of the bestselling products from the brand.

Tata Motors-owned British luxury car marquee Jaguar has snubbed the production end in the UK for its XE and XF as a rumour. The automaker claims to have said that the order books for these two models are still open, reports Automotive News. The rumour of the two Jaguar sedans being discontinued in the UK was rising on the back of the sluggish sales of these two models in the first quarter of 2022. Excluding China, Jaguar XE and XF generated a combined sales of only 1,390 units in the first quarter of 2022. The XE sold only 416 units, while the XF sold 974 units.

The automaker has reportedly pledged to fulfil existing orders and accept new bookings for the XE and XF sedans. However, the carmaker is reportedly facing difficulties due to supply chain issues. Both its XE and XF sedans currently come with an average waiting period of around six months.

The rumour is also fuelled by the fact that Jaguar is aiming to become an all-electric car brand in the coming years and it would make space for the new products in its portfolio, for which the carmaker would have to ditch the current ICE-powered XE, XF and other models.

The automaker has also revealed that under its revised strategy, it will focus on profit margins rather than higher sales volume. This strategy comes in a bid to compete with the other British car brands like Aston Martin and Bentley. This strategy would see the car brand's production capacity being reduced and quality dramatically improved, as indicated by Jaguar.