Home Auto Cars News In Win For Mahindra In Battle Vs Jeep, Design Of Roxor Suv Cleared For Us Sale

In win for Mahindra in battle vs Jeep, design of Roxor SUV cleared for US sale

Mahindra says 2020 Roxor has several design updates.Jeep had stated Roxor should not be allowed to be sold in the US because of its design similarities with its Wrangler.
By : HT Auto Desk
| Updated on: 24 Dec 2020, 09:42 AM

Mahindra and Jeep have been gunning at each other for some time now with the latter accusing the Indian company of having 'copied' the design of its Wrangler in the Roxor SUV. Jeep has attempted to stop the sale of Roxor in the US but a recent decision has switched on the green signal in favour of Mahindra.

Roxor is positioned as a capable SUV by Mahindra in the US market, one which is not only equipped to tackle a wide variety of terrain challenges but also one which is significantly more affordable than the Jeep Wrangler. It is in its design though where the debate is at. Jeep says Roxor's design language is a copy of its Wrangler and parent company Fiat Chrysler Automobile has taken legal routes to halt Roxor's sale. Reuters has, however, reported that the US International Trade Commission (ITC) has cleared the decks for Roxor's sale and stated that its design does not violate Jeep’s intellectual property rights for the Wrangler.

Jeep has especially pointed out that Wrangler's boxy body shape, its round headlights and front grille are distinct to the brand.

Mahindra in the US was quick to issue a statement. "The ruling validates Mahindra's redesign of the highly popular Roxor off-road vehicle. Mahindra is now permitted to manufacture and distribute the redesigned 2021 Roxor," it read. 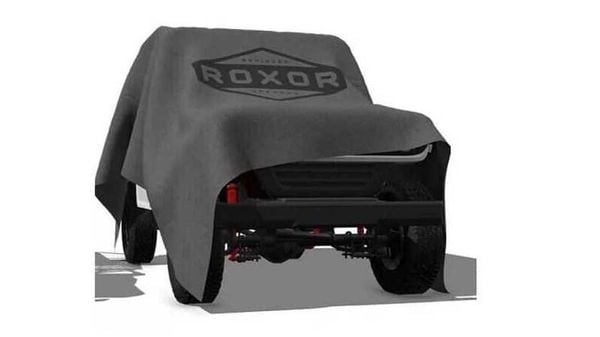 FCA too was prompt in expressing dismay. "While FCA is disappointed with the commission's decision regarding the redesign, we believe we will be successful in appealing this decision."

What may have worked in Mahindra Roxor's favour is that the company has said the design of the 2020 model has been refreshed and should allay concerns that any other car maker may have. This after ITC had barred the sale of the vehicle on the grounds that it infringed the intellectual property rights of FCA's 2019-model Jeep brand.